Confessions of a middle-aged man continue...
I'm old enough to remember what a controversial and groundbreaking show "All in the Family" was. 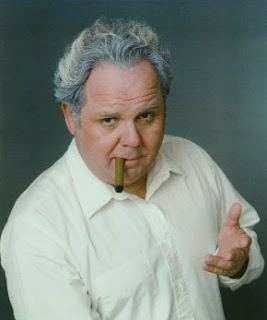 I distinctly remember the lead character, Archie Bunker, being upset about his wife Edith's mid-life issues. He told her she needed to go the the "groinocologist" about her "mental pause." Maybe it stands out for me because I endured life with my mother as she went through what she called "the change o' life." My mom was country to the core, God bless her, and she surely considered it entirely too presumptuous to use a fancy word like "menopause."
Fast forward a decade or so. In our informal pre-marital discussions, I advised my then bride-to-be that I reserved the right, when the time came for her, to move out for a while.
It's here!
Hey, I'm not going anywhere. I'm the luckiest man alive. 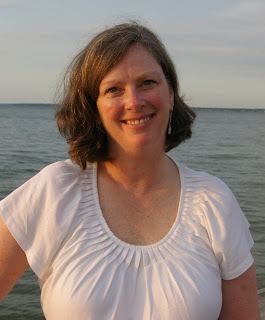 My wife always has been and continues to be the nicest human I have ever known. Still...
She's been under a tremendous amount of stress about this. Her beloved groinocolgist tragically passed away a few weeks ago, and she's enduring her own change o' life without him. She had her first appointment with the new doc last week, and our suspicions are confirmed.
My mother, during her "time," would leave the room as herself and emerge minutes later as some kind of Mrs. Hyde, ornery and hateful (her kind of words). There was no predicting when it would come. You just had to duck and cover when it came in like a tornado.
I've told my wife she's more like a Katy Perry song. She's hot then she's cold. She's yes then she's no. She's in then she's out. She's up then she's down. You get the picture. She will alternately sweat then shiver. For a good long while, she will be her usual affable self (more than one person has called her "Rebecca of Sunnybrook Farm), then she will start to brood a little, become distracted.
Aside from the physical symptoms, there is a bit of a "mental pause." Her distraction manifests itself in little ways. For instance, she will use the wrong word, then catch herself. She's as smart as she is nice, so this is a source of frustration for her. Ever self-aware, she refuses to allow herself to get into a downward spiral. Or, if she does, she refuses to let anyone see it.
One of the smartest things I've ever done: I bought a window-unit air conditioner and put it in the window by her side of the bed. 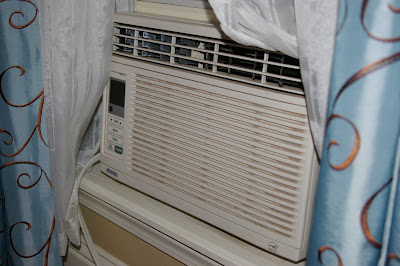 It has a remote control and she can turn the arctic blast on any time she needs it.

It works out well, too. Her furnace of a body blocks the icy wind so that it doesn't really affect me.
Even if this, um, period of her life actually bugged me, I would take age-old advice from Archie, anyway. I'd stifle it.