Remains of the Day

(Destin, FL) - As the sun sets on our Monday at the beach, we have an opportunity to look back on the day's little moments. 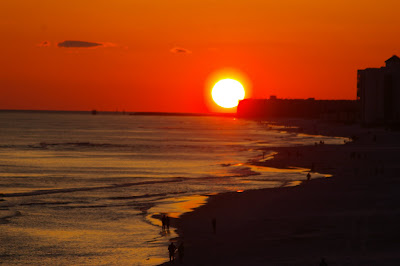 There are plenty of young people on the beach. I asked the girls if boys had been coming around. They told a story of a group of young guys who approached them, apparently seeing an opening provided by our group's soccer ball. The dudes weren't exactly smooth. One tentatively approached them, barely making eye contact and asked, "Um, do you guys want to kick the ball around or something?" They were gently rebuffed with "We're are going inside." The rejected young guy's response was "Aw, man!" Our girls get a good giggle out of telling that story. 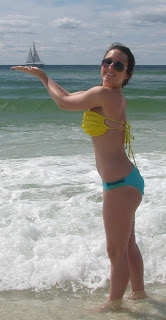 There were sights to see beyond goofy guys. A sailboat passing by provided and opportunity for "fun with photos." Good, clean fun in the sun. What more could you ask for? Shopping, for one thing. The entire crew reassembled the Great Big Convoy and headed east toward an outlet mall. They were gone for a long time and came back with shopping bags and a gift or two.
My wife and I went for a long walk on the beach. We didn't really pay any attention to what we were wearing, but it became an issue.

The Vanderbilt graduate was wearing an LSU tee shirt. I had on a shirt from the Capitol One Bowl. Every few steps, it seemed, someone on the beach made a comment: "Geaux Tigers!" "Roll Tide," "Who Dat?" "I'm a Tulane fan" (apparently Tulane doesn't have any clever cheer)." It became a walking, talking joke for us. Here on the Redneck Riviera, it seems everybody's a football fan.
While the girls were away, we fired up the kitchen. Fajitas were the menu, and when the crew finally came rolling in from their "shopping" adventures (Really? were they shopping the whole time?), they dove head-first into their dinner. 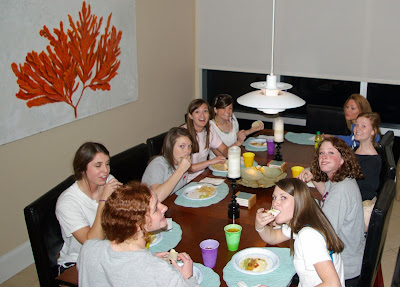 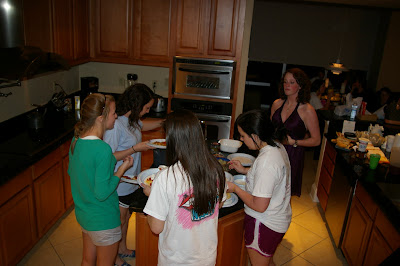 Incredibly, on spring break, everyone was locked down by 9:00 p.m., well-fed and watching a movie. Seeing them sitting together watching a DVD and laughing, I thought my wife was going to cry. She's very happy to be here with everyone.
We watched the sunset together. I finished one book at started another. It's noisy around here, but somehow it's relaxing anyway. 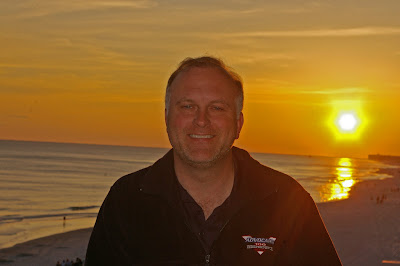