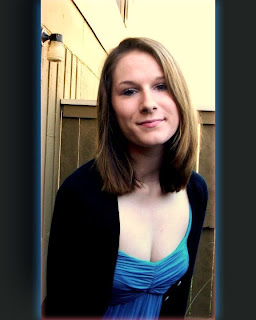 We had a nice talk with the better half of The Happy Couple this evening.
It seems we see less and less of them these days. Together now for four years, they're getting older and busier. My son and his long-time love interest are both full-time college students. He's working two jobs and she's waiting tables at a nearby Mexican place. That's where we saw her, which wasn't a surprise at all since we chose to eat there knowing she was working.
It's our only real chance to get reliable intel on our son's activities. He's elusive and circumspect, which is not unsual for a 20-year-old guy. I remember, at his age, thinking it was really nobody's business what I was up to.
So, what did we learn? They have Big Plans for adventure this summer. There are trips to music festivals on the agenda, but some of the operational details appear, in our view, to be suspect. For instance: One is in southern California and another is in upstate New York. That's breathtakingly ambitious; but how they plan to get there, where they plan to stay and most importantly how they plan to pay for it all remain a mystery.
His two closest male friends are heavily involved in the "planning" that has been hatched. Let's be honest here, our son's girlfriend is the brains of the operation, and she's scratching her head about all this. She hopes to be on the New York trip. For California, the guys are on their own. That actually scares me a little, even moreso because he's making noise about borrowing my vehicle for the drive. He has a cool car which actually is several years newer than mine, but he wants my SUV. I'm not sure about all that. In his fancy sports car, I'll look like a mid-life cliche, to be sure.
I respect his desire for adventure. Heck, I encourage it. He's 20, after all. He needs to live a little (a lot, if he can) before real-world adult responsibilities kick in. I mean, he doesn't want it to come up, but they're 20 and they've been together for four years. At some point, you start considering the next step. Know what I'm saying here?
That's not on the table now. At this juncture, it's about making it to summer and then making it through summer. If the Big Plans come together, they could account for lifelong memories. Maybe someday he will tell us all about it. That is, when he decides it's some of our business.
Sphere: Related Content