Taking it (Big) Easy for the (Big) Game

(New Orleans) - Somehow, I have stumbled my way into the Crescent City where I found giant, lighted Roman numerals floating in the Mississippi River. The Super Bowl has returned to Louisiana, and not a minute too soon. 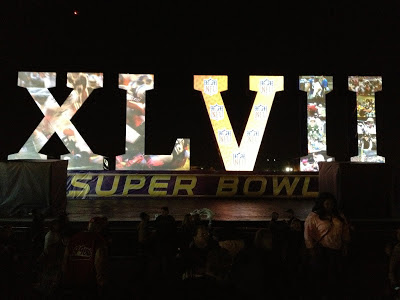 The last time we all assembled in New Orleans for a Super Bowl, we were still quaking from the September 11th terrorist attacks. At the time, February of 2002, the idea of a follow-up attack was still very real and most of us held our collective breath at the realization that the Super Bowl could be an enticing target for the bad guys. The Superdome was surrounded by barricades, fences and soldiers with machine guns. This year, security is elaborate, but has the appearance of being more subtle. Vehicles are not allowed near the Dome, which made for quite a hike into the stadium. 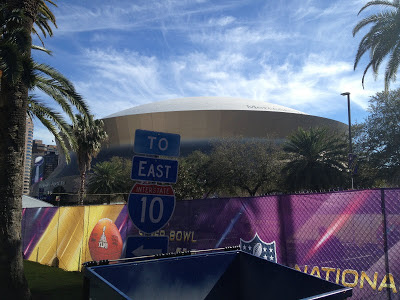 Experience has taught us to arrive early, so it was a full three hours before kickoff when we found our seats (or should I say perches?). 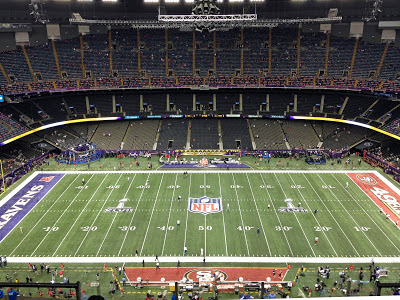 A lot of people turn a trip to the Super Bowl into a week-long party, and why not? For most, it's a once-in-a-lifetime experience. But, for me, every Super Bowl trip has been a long weekend. It's really is all about the game. New Orleans is New Orleans, and as wonderful as it is to visit; it's always here. So, it's the game itself that sets the trip apart. Undeniably, though, part of the experience is watching thousands of visitors who are in New Orleans for the first time take it all in. This means a trip to the French Quarter to watch people. There are plenty to see. 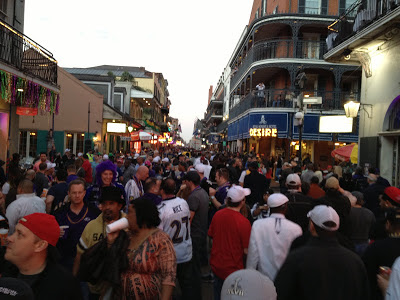 This trip has had a different tone for me. Instead of staying in the Central Business District, where the action is, we're in The Garden District. The atmosphere is decidedly more laid-back and I've decided I like it. Just a mile or so from the apartment we're borrowing, there's a little art gallery. The proprietor has a familiar name. 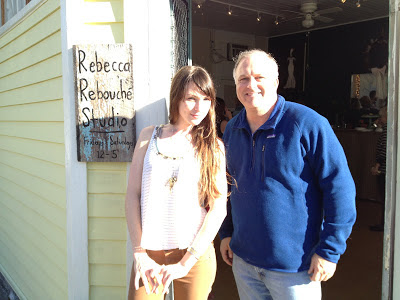 Rebecca Rebouche has carved out quite a name for herself as an artist, and we've wanted an original piece from her for some time. Finally, we accomplished something. Check that off the list of things to do. 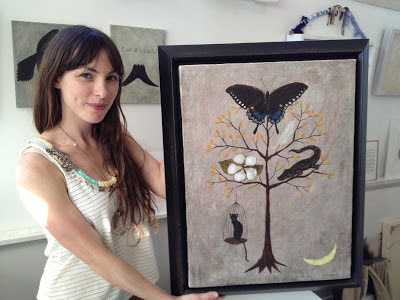 There are several people I know hanging around, and they are mercilessly making fun of me. This is New Orleans, after all,one of the best places in the world to have an all-night party. But, I've been hopping on the outbound streetcar about 9:30 each night to find my way back to The Garden District for a nice, quiet evening. 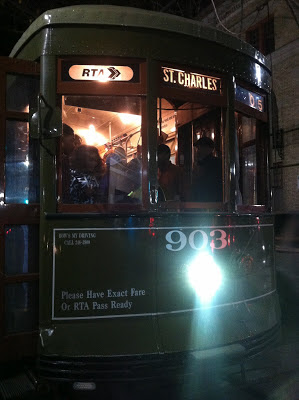 They can have all the fun they want, even at my expense. I'm well-rested and ready to enjoy the game. That is, after all, what it's all about. Sphere: Related Content