Up In The Valley

Every once in a while, I still need to scratch that sports media itch. When the Dallas Cowboys shook up the 2012 NFL Draft by trading up to draft Shreveport's Morris Claiborne, a defensive back from LSU, it felt like I needed a soothing balm. This set of circumstances combined so many elements which get my motor running: home town guy made good, The Cowboys, LSU, and a bunch of people thrilled at the news. So, presented with an opportunity to be a part of the media reception for Claiborne at Valley Ranch the day after the draft, I just had to jump. 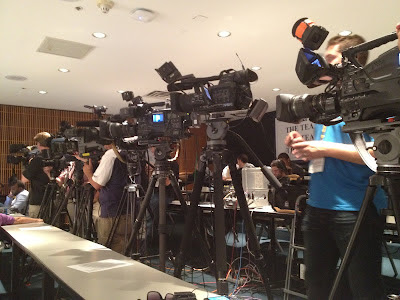 I've been down the sports road many times, so I don't get excited very often. The opportunity to spend a day at the Cowboys' sprawling headquarters in Irving, though, got my heart rate up a little. Claiborne brought his family along. His parents were there, so was his grandmother, a couple of his young children, his girlfriend and others. His mother apparently is a New Orleans Saints fan, but as Shreveport people almost everybody else there declared themselves long-time Dallas diehards. You could see the thrill on their faces. 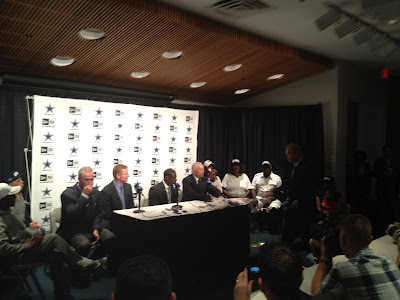 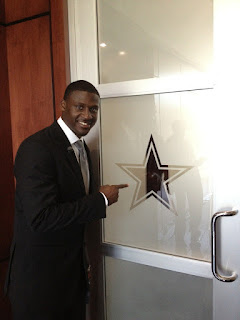 You could tell that Claiborne was happy about all this, too...especially since the Cowboys had not contacted him at any point during the evaluation process and this news came to him like a bolt from the blue. (A blue star on a silver helmet, as it turns out.) As the day wore on, I had an opportunity to walk down a hallway and speak for a time with the Cowboys' defensive coordinator, Rob Ryan. I spoke with head coach Jason Garrett in a group setting, and along the way I dished off a quip that made Living Cowboys Legend Calvin Hill laugh. It was a good day.
I was helping my friend The Local Sportcaster. All of this came up so suddenly, he had made no plans to travel to Dallas on Friday. But, hey, that's the news business. In its modern form, there's simply not a pool of TV cameramen hanging around the TV station waiting to dash out of town for a day. As an experienced hand, I was able to earn my way by shooting interviews and stand-ups for him.
I also snapped photos with the iPhone as we went along and enthusiastically posted to Twitter and Facebook. That included a photo of Claiborne holding his new helmet while standing by his locker. 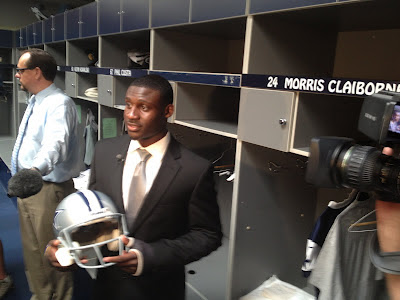 There was an impressive media throng there to acquaint themselves with the Cowboys' budding defensive star, and it was hard to stay out of their way. So, it should not have come as a surprise that our mugs wound up on a DFW TV newscast...just scratching that itch. 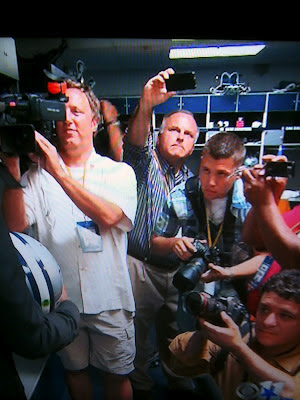 And what do you know, I finally got on TV in Big D! Sphere: Related Content

(The Woodlands, TX) - A five hour drive through heavy rain, thunderstorms and a little bit of hail to hear one of your favorite singers can lead to some pretty high expectations. Claire and I hurtled undaunted through a turbulent Texas afternoon for an opportunity to spend a little quality time with our good friend Karla Bonoff, whom we had never actually seen in person, let alone met. Happily, both of those circumstances changed Friday night.

Let's go back to 1985. I had started dating a young nurse named Claire Cooper. Things were progressing nicely and inevitably we began "dating" less and less and were simply spending time together. This meant visiting one another's apartments, of course. On her first visit to mine, she was casually looking through by albums (1985, remember?) and saw "Restless Nights" by Karla Bonoff. 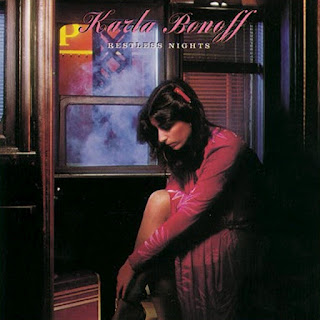 She got a little wide-eyed because, as it turns out, she had fallen in love with Bonoff's music while she was a student at Vanderbilt. I would find out much later that she already kind of liked me, and this happy little coincidence sort of sealed the deal for her. Shortly thereafter, we began seeing one another exclusively; and in a little more than a year, we were married. It stuck. We will celebrate our 25th anniversary next month. Countless nights, we would lie in the dark listening to music and Karla Bonoff invariably was prominent on the playlist. For a quarter century, we've kept her music in our lives on vinyl, cassette, CD and now on our iPods. So, as I was thinking ahead for ways to celebrate our silver anniversary, I randomly thought, "I wonder if Karla Bonoff is playing any live dates at all?" I checked, and six weeks before our anniversary she was scheduled to appear at a great little Texas venue called Dosey Doe. I couldn't buy tickets fast enough. 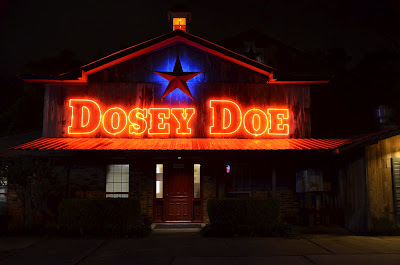 Claire was joking around as the date approached, saying "I hope she can still sing." Well, rest assured, she's still got it. Her voice was pure and perfect and she sounded just like she does on her albums (er, tapes, um, CD's...downloads...whatever!) 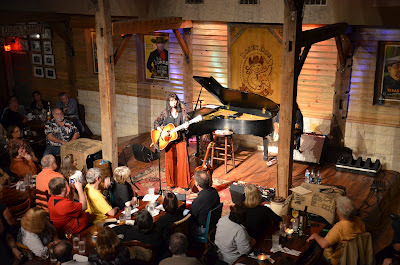 She's a Grammy-award winning songwriter who had some minor hits as a performer, as well as one Really Big Hit Song. She joked about that during the show, saying she stumbled upon a program on VH-1 called "One Hit Wonders" and said "Yep. There I was." She lamented that the ONE song everybody seems to remember her for, titled "Personally," is one she didn't write. She said several radio DJ's thought it was a novelty song. She dutifully performed it, anyway somewhere near the end of her set. Mostly, though, she delighted those in attendance with the songs and style we have all come to love over the years. There were 130 people in the audience. Yep, 130. (It was an expensive ticket). We enjoyed every second of it, though. We agree it was worth the cost and the treacherous drive. 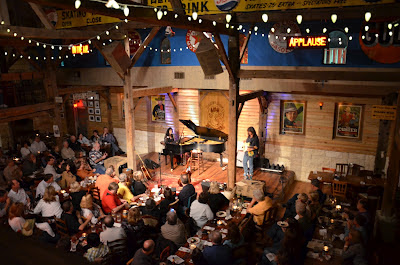 Because the setting was so intimate, she just kind of hung around after the show. We got to talk to her and tell her how she impacted our relationship. That got a smile out of her. I said "Yeah, you've kind of had a mystical place in our marriage, so it's really special for us to meet you." She took it well. There were 128 other people who wanted a moment of her time, so we moved on...but not before she graciously agreed to have her photo made with Claire. 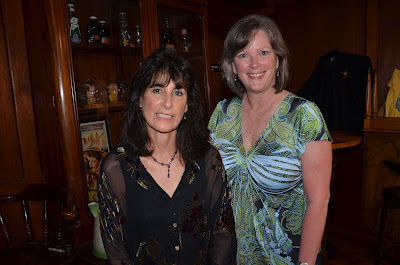 The run-up to our 25th anniversary will continue, but I promise you this...on the actual anniversary day, I know whose music we'll be listening to. 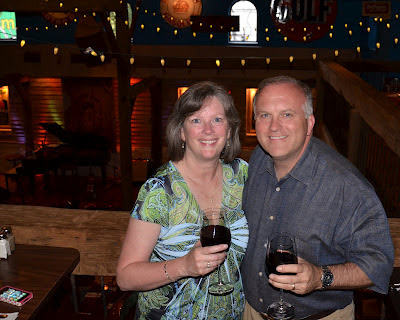 Cheers, Karla Bonoff. Thanks for all the great years. Sphere: Related Content

The Sick, The Saved and the Shorn

It’s been a while since we checked in for a story, so let’s just go stream of consciousness and get up to date, shall we? Let’s start with an update on The Sick Person. Since February 4th, our days have been dominated by the necessity to manage the affairs of a person in the family who has been injured/ ill. Because he has no concept that he’s being written about in this forum, I’ve not identified him.

He’s been out of the nursing home for almost two weeks now, and our goal is still to get him back into his house. For now, and for an indeterminate interval, he’s staying at my father’s house and is living in my old bedroom. He’s been significantly impacted by a closed-head injury and we’re not so sure anymore that he will recover sufficiently to live on his own. My father, who will turn 86 in a couple of months, is determined to give him a fighting chance; and you have to respect that. With reluctance to reveal a lot of details, let’s just say there have been a few good days but many more days which nudge us toward surrendering hope.

What’s next? Who knows, but I fear the responsibility of decision-making will be daunting. It’s something to dread, rest assured.

Many times over the last few days, people have asked if our daughter came home for Easter. No, she didn’t. I did get a text message from her Sunday afternoon that said, “I celebrated Easter with monks, Dad! Monks!” Yes, she dressed up and went to Mass with a Roman Catholic friend, which pleases me immensely. 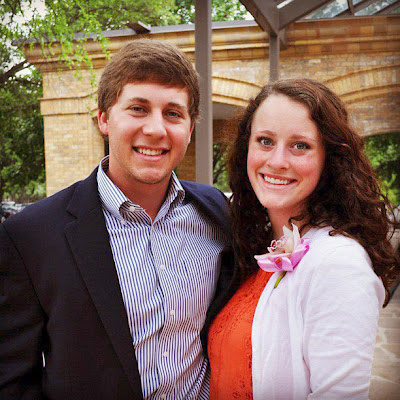 The family took her to brunch at a Fancy Dallas Hotel, which certainly was more exciting than kabobs at the house with Mommy and Daddy. We’re happy for her, but we missed her.

Her brother showed up and somewhere along the way announced his intention to “clean up a little.” As close observers no doubt realize, he has alternated for years between something like scruffy, hippie, unkempt, fuzzy, etc. I’m not great with it, but I’m okay with it. He’s young and has the rest of his life to be button-down. Or not. In fact, I’ve said to him many times, “grow it while you’ve got it, because you won’t have it that much longer. He made good on his pledge, thought, so here he is. That’s a nice looking kid, wouldn’t you agree? 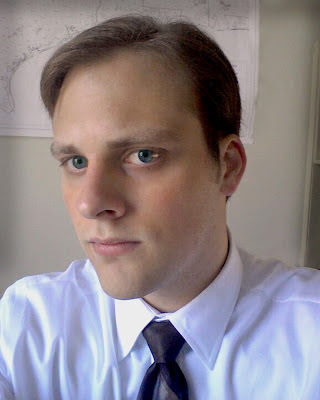 There are no real adventures to report. Aside from spending part of essentially every day tending to the needs of the aged and infirm, the most exciting thing to happen over the last couple of weeks has been the annual planting of my tomatoes. I’m watering them and watching them grow. I gotta bust loose. I’m going a little crazy over here.

One more random story which illustrates the kind of thing that’s occupying us involving The Sick Person, which also illuminates my wife’s sainthood: One afternoon, I asked her to run a quick errand at The Sick person’s house. It should have taken five minutes. She walked in and discovered an overwhelming, sickening odor. His freezer, which was full of meat, had stopped working. Everything was thawed and ruined. She spent hours doing disgusting duty…bagging up rancid meat. I don’t know how she did it. But it’s always something around here these days and sadly…rarely is it something fun.

We’re being like bull riders, though…just trying to hang on eight seconds at a time. Sphere: Related Content