Down By the River

Half a continent apart, my son and I both spent a day by the water. For me, it was the Red River, where people were paddling for a purpose at the dragon boat races. 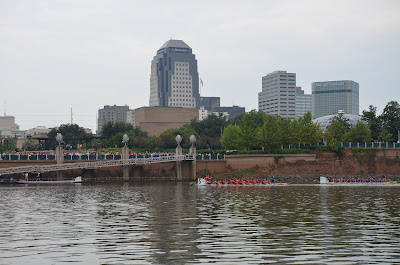 The Dragon Boat Festival is a major event presented to the community by The Rotary Club of Shreveport. 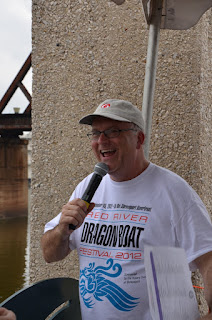 As a good Rotarian, I do what I can to participate. And since my abilities are so limited, I volunteer to do something I know how to do: talk. Standing around all day making announcements and calling races...that's pretty easy.

It was a family affair, because my ever-the-good-sport wife worked a shift at the registration tent. It was fun, except when one disgruntled paddler, a loud-mouth with crooked teeth and whole lot of tattoos, angrily confronted me for making what he considered to be a misleading announcement. The trouble was, I hadn't done it. I still don't know what happened or what he thinks he heard, but the encounter was unpleasant. I can make my own mistakes; I certainly don't need anyone accusing me of something I didn't do. It didn't ruin my day, but it put a blemish on things. 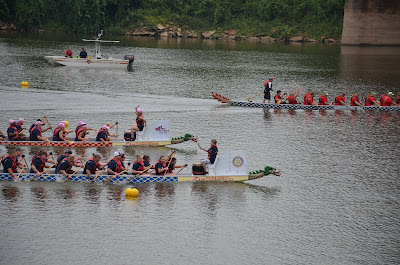 I bring this up not to diminish the dragon boat festival (with that lone exception, it really was a fun day), but merely to magnify the contrasting waterside experiences in play here. From the banks of the Red River being yelled at by a roid-raged, orthodontically challenged tat freak to the sandy shores of Southern California, where my son was spotted cavorting with his buddies. 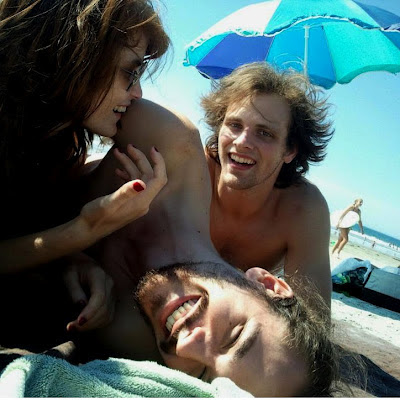 Is there anything more to say? I mean, that photo looks like an ad for clothing store in the mall or something. They appear to be very relaxed. I think he won the day. 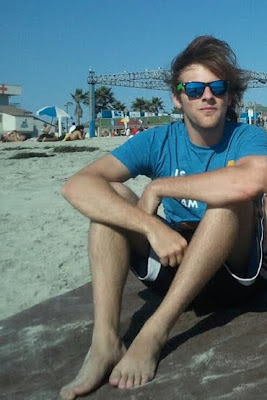 We Have To Get Out More

Maybe there’s an end in sight to the summer malaise that has gripped us for weeks. With the exception of a nice weekend at the lake with old friends in early August, we have basically done nothing. You know your life has become boring when the biggest ongoing event is watching a visiting cat acclimate to the house.

Our son’s little buddy has finally emerged from his old room and is slowly socializing with the family. For a long time, she had to carefully observe things from high above while doing her best gargoyle impersonation. 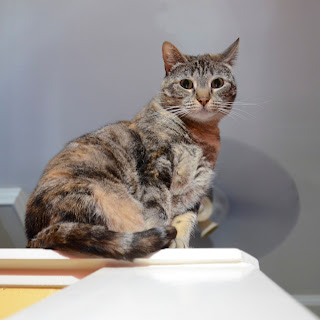 All the while, her owner is kicking up his heels in southern California. We have seen exactly one photo of him, but he seems happy with friends wearing a funny hat in a diner. 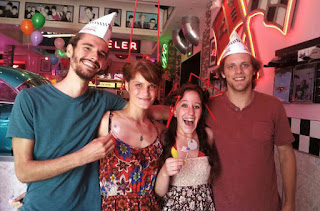 He has already moved once since he relocated to the west coast. We have no real inkling if or when he will return. So, we remain on the brink of becoming the crazy cat people, with three felines hissing and scratching their way around the edges of our lives. The visiting cat had never set foot outside of our son’s apartment before she moved in with us. She finally worked up the courage to step outside. Imagine what it must have been like to be four years old and feel the wind for the first time. 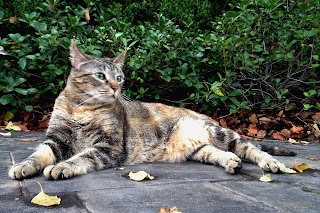 Our daughter continues to be perfectly content with her life in Texas. School and work are dominating her, to be sure. She has actually come home since she got back from Europe. She was in town approximately 18 hours, enough time to string up a hammock in the back yard. 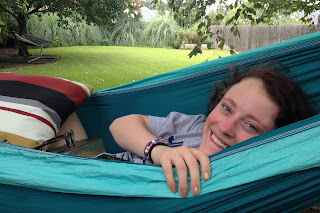 Yep, that about sizes things up. Football season is here, which means extra work for me. I’m doing a Friday night scoreboard show on a local radio station. If you add the ages of my broadcast partners, you still don’t quite hit my number…but they’re good kids and the show is fun. 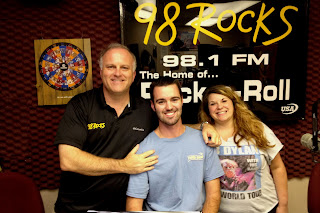 Especially for my wife, who has known from the beginning that she’s on her own on Friday nights in the fall (Don’t think for one second that I don’t realize she actually likes it). I’m also part of the broadcast crew for a local high school, which means frequent absences on Thursdays and Saturdays. Sometimes, my bride comes with me. 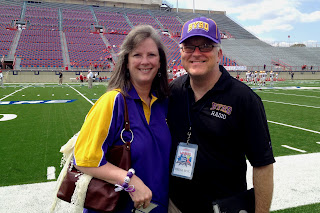 Fall also means recreational football trips, and certainly we’re looking forward to a few of those. Although, I don’t think we’ll make as many as we have in the past. Getting older isn’t easy, and we’ve discovered these days that it takes us longer to recover from those weekend road trips. Plus, we have cats to feed.