(Destin, FL) - Over the last week, we have eaten many meals together. We made a commitment to cook in the condo and with a couple of exceptions, we kept it. There was an impressive amount of between-meal snacking, as well. Pounds and pounds of grapes were consumed. There was some salad along the way. But the prize, the guilty pleasure of the week: Nutter Butters! 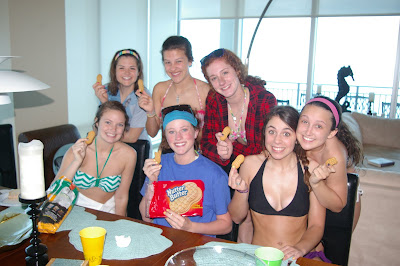 Feeding 16 at a time wasn't as challenging as you might think. We just prepared mass quantities of fajitas, baked ravioli or sandwiches.
It was suggested that on the last night, we have "breakfast at dinner," and so we rolled out a chocolate chip pancake assembly line. 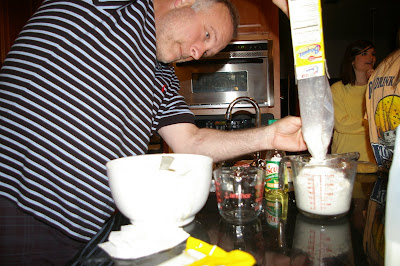 There were three skillets on the stove, an electric griddle, bacon broiling in the oven and two kinds of syrup heating up in the microwave. There were moments of intensity, but everybody got fed and they all seemed happy about it. 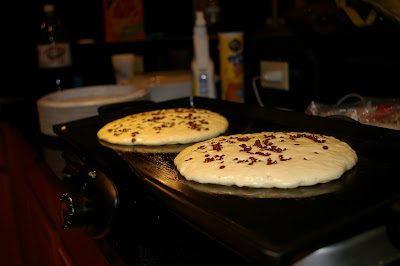 The issue, as the evening wore on, was that the entire assembly experienced a sugar rush. I mean seriously, as if they weren't active enough already.
The evil master plan involved inevitable sugar crash a little later. Maybe they will sleep through the night.