My daughter and her singing partner have been awash in attention since their big Friday night splash at their high school's talent showcase, Buzz Fest. They covered the Marc Broussard song "Hope for Me Yet."
She posted a link to the video of her performance on Twitter. Who could have seen this coming?

Yes, Marc Broussard himself watched the video and wrote to her, saying "Extremely flattered that u guys chose my song to perform. It was GREAT!!! The crowd seemed to love it!!! Great job!" 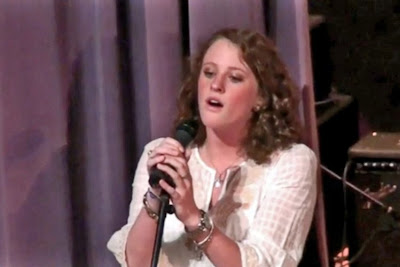 How great is that? A total of seven exclamation points. She immediately called me, then her mother, then her singing partner. She said "I think I just screamed for 5 minutes straight in my car! 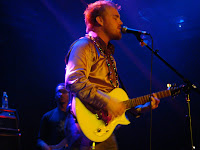 I mean, that just happened!" Of course, Trent is freaking out a little, too.

She owns everything she has been able to find ever recorded by Marc Broussard, who executed a classy move with his note to her. He put a magnificent cap on a weekend she will always remember.

In between Friday night's performance and Sunday afternoon's bombshell tweet from the singer-songwriter, there was a Key Club formal. She reports that they got a lot of attention from friends and others who were quick to compliment their performance.

(By the way, Trent won first AND second place at Buzz Fest. He and my daughter took second, while the band he fronted later in the show earned first-place honors.)

The dynamic duo just made a weekend of it, accompanying one another to the dinner, dance and after-party. For two young people who are not linked romantically, they surely made the most of their time together. Maybe it's precisely because there was no lovey-dovey pressure that things worked out so well. They just relaxed and had a good time. 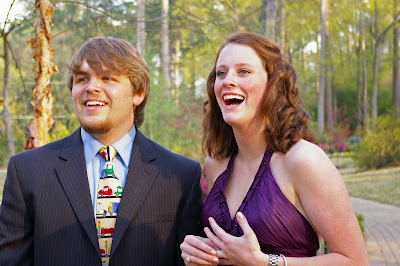 The last two or three days have been exhilirating for us, because our daughter seems to be finishing high school with a flourish. We've been emotional as we've witnessed these events, realizing that her childhood is rapidly coming to a close. In just a few short months, she will be leaving home.

It may take us a while to adjust...and to realize that there's hope for us yet.