The Trip of Dubious Purpose

(Houston)- So, why exactly did my wife and I travel to Houston? Our daughter and one of her closest friends went to see a John Mayer concert. They had great seats! 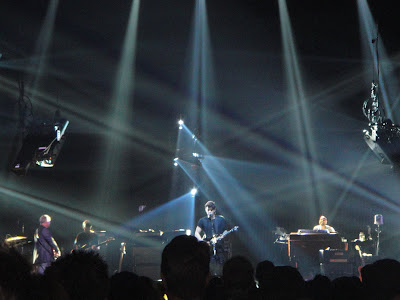 Based on their reactions, they had a wonderful time. My daughter summed it up by saying, "I mean I have no words. Maybe awesome. As in inspiring awe. Because that's all I can say."
The tickets were a Christmas gift from Mom and Dad, so it's good to know the plan worked out well. There were two (2) tickets to the show for them. So, of course we went to Houston, too. In a separate car. Why? Still not sure. 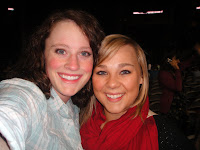 The girls are 18 and they wanted to be on their own. Who can blame them? When I was 18, I jumped on an airplane and went to Cancun. I would also routinely drive back and forth to Baton Rouge to visit friends and go to football games. Of course, that was in the 70's and I was not a young woman and things are just different these days.
So, mom was perfectly willing to let them fly free. But she had to be nearby. So, off they drove with us trailing by a couple of hours. What did we accomplish? Still not sure.
We went to dinner with the lifelong best friend and his wife, who live in Houston. It's always a pleasure to see them, so there's that. We were actually back at our hotel before Mayer started his show. We had to stay close. The arena was three blocks away, so we took adantage of a beautiful evening and just walked around downtown.
Ultimately, we went back to the hotel and watched Saturday Night Live. We could not go to sleep until the girls were safely back at the hotel. They were in the same place we were, but on a different floor. On their own but easily reachable, just like the journey.
We enjoyed an excellent Mexican brunch at a place downtown called Guadalajara del Centro, which may have been the highlight of the trip for me; although it certainly didn't inspire awe.
This is not much of a story, which pretty much sums up the weekend. I'm glad the ladies had fun. I'm glad mom was able to get a good night's sleep. 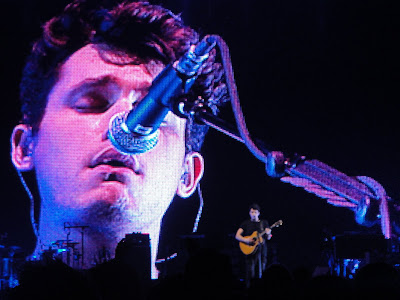 I always love to read what Daddy D writes about. he is always so entertaining and quite comical if i could add. keep em coming