Just What the Doctor Ordered

(Destin, Fl) - As we contemplated the ramifications of a cold, rainy morning, we were concerned that we may be confronted with an attitude crisis. But, God bless those beautiful girls. They don't mind at all. In fact, they admitted that they were happy to have an excuse to just lie around.

And that's just what they've done. Someone had the foresight to record "American Idol" and almost everyone piled up in the living room and watched. 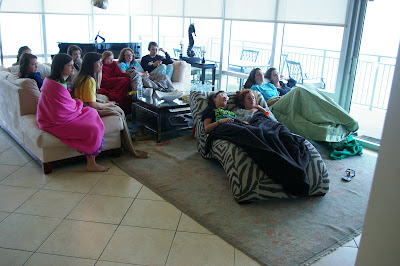 In the middle of all this, there was more taunting from the balcony. As we have noted, it seems everyone here is a football fan. Someone noticed a family walking down the beach, all of them wearing Indianapolis Colts gear. 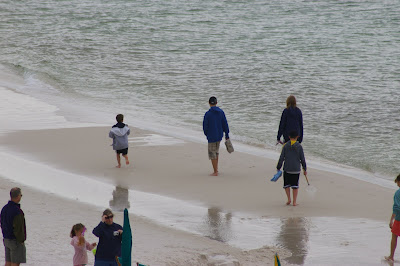 The thrill of the Saints knocking off the Colts in the Super Bowl is still fresh, so one of the girls dashed outside and shouted "Who Dat!" 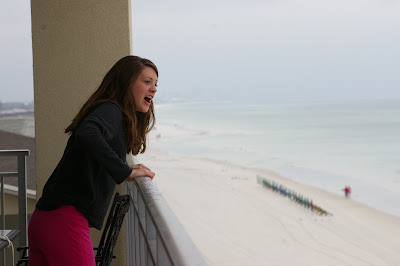 Typical Colts fans, they barely gave her a glance.

Breakfast provided an opportunity to review the previous day and the ill-fated "dolphin cruise." 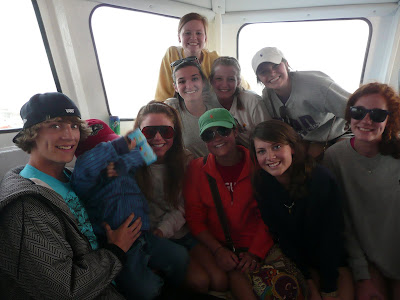 It turns out the "glass bottom" was simply a bunch of small windows below the water line. While they may have seen "I don't know, maybe a dolphin's tail or something," the source of hilarity was the preponderance of pelicans. 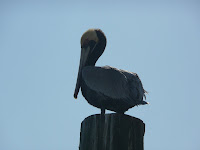 They "gave shout outs" to the big birds for "representin'." Yes, a crew from Louisiana found a source of pride in multiple encounters with their state bird. That kind of sums up the boat ride, once and for all.
There have been remarkably animated accounts of their quest for dinner. "We got 'all cute' and wanted to have a good time," one of them explained. 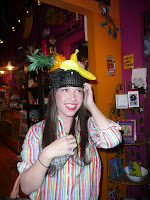 But, their sheer numbers were daunting to restaurant personnel up and down the coast. Nobody, it seems, wanted to seat a group that large. At Fudpucker's, while a handful negotiated a seating arrangement, some others spent time in the gift shop looking for headwear that would suit their personalities.
Ultimately, they wound up at a place called "The Twisted Palm," which they contend should be renamed "Twisted Management" because the service was so poor. Their comings and goings finally produced a less-than-satisfying 10:00 pm dinner.
Here's the good news: one of the girls said, "I already have more stories to tell from this trip than I do from all my other trips combined."
Somewhere along the way, many of them got Henna tattoos. They proudly displayed them around the breakfast table. 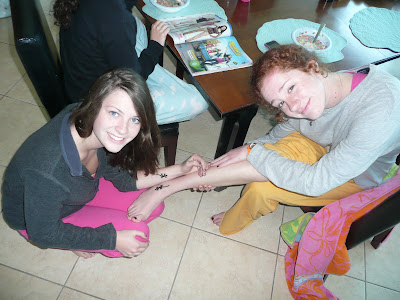 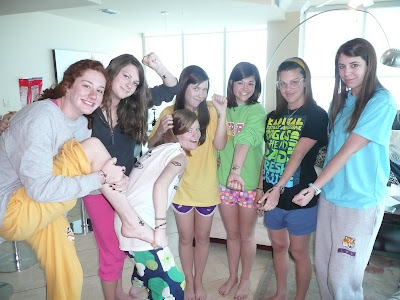 Despite the overcast sky, the mood is upbeat. They have noted that it is St. Patrick's Day. Faith and begorrah, we'll see how the day develops.