Cute Kids and Seagulls Will Have To Do

(Destin, FL) - There was a bit of excitment on the beach shortly before sunset. We were taking an innocent stroll along the windswept beach when my wife was forced to surrender to the authorities who descended upon her in a military chopper! 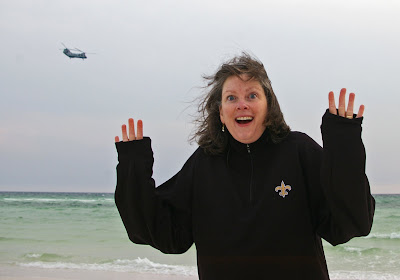 The charge: Over-mothering in the first degree.
Our spring break ladies are following all of (well, most of) her rules, such as dutifully signing out when they leave. 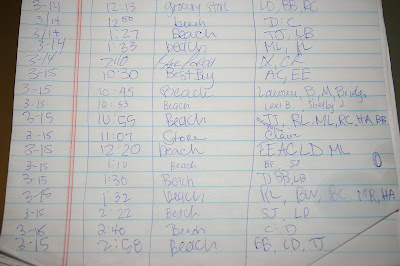 Not wanting to waste plastic cups, they followed their instructions by inscribing their names with Sharpie and keeping up with their colors... 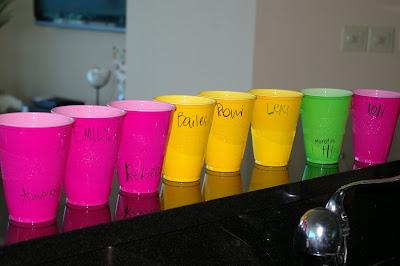 Early in the day, some of girls were worked up about about seeing dolphins showing off in the water just offshore. So, when an opportunity to get a discount rate on a "dolphin cruise" on board a glass-bottom boat was presented, they took it! A couple of them even got to Captain the vessel! 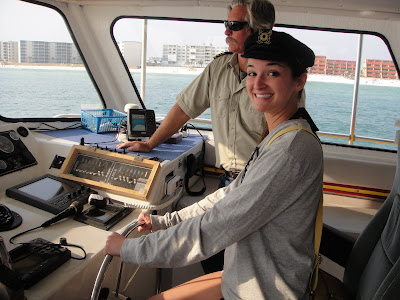 Aside from that, the boat ride was a bit of a disappointment. Actually, they described it as "janky." When asked if they saw dolphins, the most they would offer is "sort of." Don't ask me how you "sort of" see a dolphin. Some things just aren't worth pushing. They did see their fair share of seagulls. Don't they look impressed? 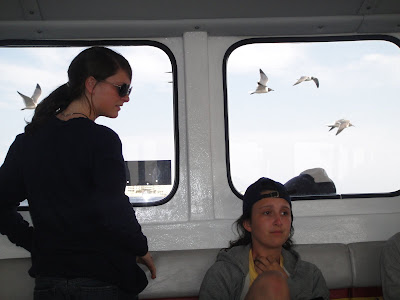 The thing they took away from the outing, more than anything else, was the time they spent with a couple of cute kids they described as "adorable." 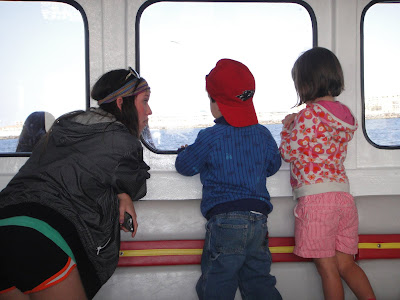 My daughter took a turn at the wheel, and janky or not she appeared to be having fun. 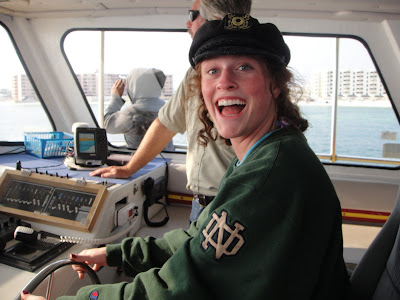 Seeing this brought to mind another time she found herself on a boat based in Destin. 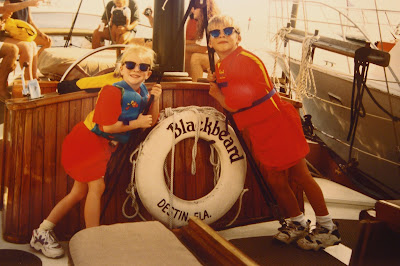 It just reminds you not to blink, because one day they're cute little blonde babies and the next thing you know, they're sunbathing in bikinis. Or, they're putting on make-up getting ready to walk out the door for an evening of dinner and live music. Presumably, there also will be dancing or other social activities involved. They looked nice and smelled nice, and we have to trust them.
In the meantime, my wife was only briefly detained. Following a gentle lecture from imaginary authorities about letting the girls be self-sufficient, she promptly returned to the condo and starting baking brownies. After dinner and dancing, they will need dessert, won't they?