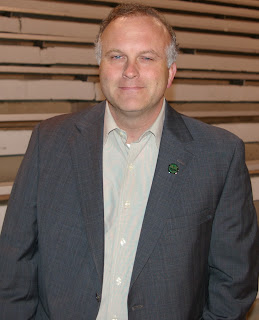 I think I must have had a stroke or something. For some reason, I'm having a difficult time opening my left eye all the way. The people around me don't notice it, I'm told. However, there is much evidence that my left eyelid just isn't working. I first noticed this in the fall. I thought I was road weary, and maybe I just needed a little sleep. A quick glance at this photo from New Orleans may not reveal an obvious left eye issue, but it's there.
Then, we had a big event at church and everybody was dressed up, so we took pictures. Why am I winking? Nobody knows. 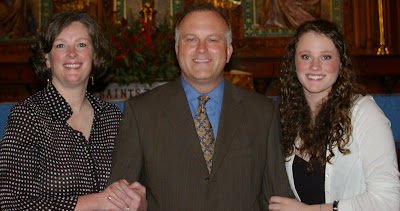 Having become fully aware of this issue, at least in pictures, I nonetheless kept posing with friends and family throughout the holidays. Gee, the images from my daughter's 16th birthday turned out swell! 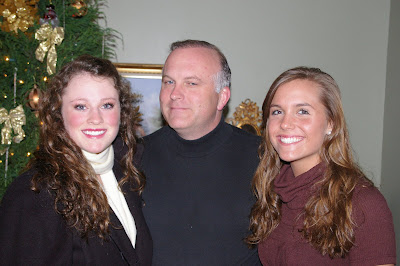 I look like a dirty old man, leering at my daughter's friend.
This could go on and on, but then I would just be posting a ridiculous number of photos of me, and that doesn't help anyone. This has become a little embarrasing, though. I promise I was not doing this on purpose when my daughter attempted to snap a nice photo of her parents: 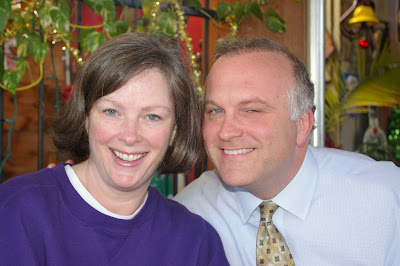 Somehow, this brought to mind the chilling 1971 Stanley Kubrick film "A Clockwork Orange," which says a little something about me, I suppose.

My thought was I need to borrow one of the aversion therapy devices to help keep my eyes open. I wonder how often my left eye is visible only as a sliver, and if people think I'm sleepy or drunk. Recently, we were at a local restaurant, sharing a long table with another family when this came up. There was a lot of hilarity at my expense as I demonstrated how the contraption from the movie might help me.

It's all goofy and absurdly fun, but I'm starting to wonder if I should schedule an MRI. If I fall out from a stroke on the right side of my brain, tell my wife and kids I love them. Make sure the kids stay in school. My wife married for love this time. Next time, she should marry for money. Keep an eye on them for me. Better still, keep two eyes...wide open...on them. Happy New Year.

Yikes! Have you scheduled an appt with your eye doctor or GP? I wonder what your blood sugar is running...is there diabetes in your family?