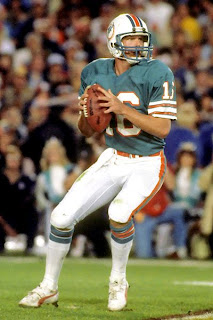 That tragic sentence comes for a story by Elizabeth Merrill on the front page of espn.com. David Woodley played quarterback at Shreveport's Byrd High School and later at LSU. He was the starting quarterback for the Miami Dolphins in Super Bowl XVII, at age 24. This made him, at the time, the youngest quarterback to start in the Super Bowl.
As a young local sportscaster, Woodley's ascent to the pinnacle of the pro football world was a huge thing for me. He was a couple of years older than me, but I knew his younger sister in high school. 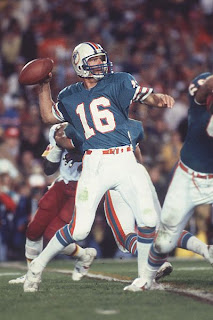 Obviously, we tried to follow his every move but he was a reluctant football star. He responded to local interview requests grugdingly. The longest conversation I ever had with him was in a post-game locker room interview following a game against the Dallas Cowboys. Apparently, he liked playing football but had no interest in the celebrity status that usually comes with it. Merrill's story does a nice job of expanding on that.
He always seemed to have a look of sadness in his eye. I think you can even see that in one or two of these photos.
The Shreveport NFL quarterback angle was enormous in the early 80's. This is especially true when you consider that after his days with the Dolphins, Woodley attempted to succeed another Shreveport guy, Terry Bradshaw, as quarterback of the Pittburgh Steelers. Bradshaw has four Super Bowl rings, a bust in the Pro Football Hall of Fame and a stellar career as a broadcaster. Woodley died at age 44, a liver transplant having been insufficient to help him survive years of alcohol abuse. 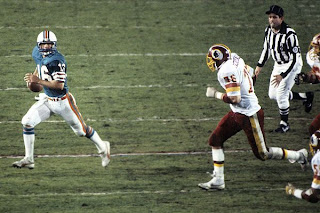 He came home to Shreveport but passed away in relative obscurity. Even though his story is tragic, it's good that at Super Bowl time his memory is kept alive. 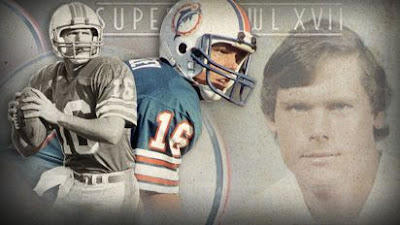