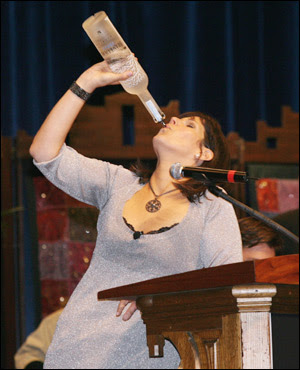 In case you have missed the Dana Jacobson debacle, let's start with the words that got her into trouble: "F--- Notre Dame, f--- Touchdown Jesus, f--- Jesus," One newspaper reported that she "(made) an absolute fool of herself, swilling vodka from a Belvedere bottle, mumbling along and cursing like a sailor..." during a roast of ESPN radio hosts Mike Greenberg and Mike Golic. To be fair to Jacobson, who hosts or anchors something on ESPN, she was attempting to poke fun at Golic, a Notre Dame graduate.

It is widely reported, though not confirmed by ESPN, that she was suspended from work for a week. She has made personal apologies. It was a roast. She went too far. Way too far. I'm still amazed that the non-churched out there think they can say something like that about Jesus or Muhammad or Joseph Smith or any religious icon and get away with it. People love their religion at their cores, and this just isn't done. If she had said something like this about a figure from Islam, there would be a bounty on her head. That may not be "right," but it's correct. Even modern-day Christians could arguably be on target if they described Jacobson's choice of words as heresy. 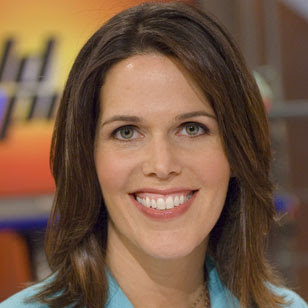 Let's assume we,as Americans, want to defend her right to say this sort of thing. That's fine, but she was not representing herself; she was representing her employers at a company event. Surely, she did not speak for ESPN. It is widely reported that her remarks were not well received at the time. Mike and Mike, in particular, are reported to have been putting their faces in their hands, embarrassed.

It is the very essence of Christianity to forgive, and Catholics seem to be responding appropriately. Bill Donohue, the President of The Catholic League (to be fair, one must note that Mr. Donohue is something of a controversial figure. He has been described as a loud mouth and a bigot. He has been parodied on "South Park"), issued a statment which says, in part:

"I am happy to say that after speaking to two ESPN officials, and having learned more about exactly what happened, that they are in fact taking this matter seriously. Indeed, I am convinced that what occurred at the roast will not happen again.

“To be sure, Jacobson’s remarks were patently offensive; no one involved in this incident, including her, is maintaining otherwise. But it is also true that there is no evidence that what we are dealing with is a bigot—lots of people who have made bigoted comments are not inveterate bigots. No, what we are dealing with is a person who went off the rails while drunk at a raucous event. 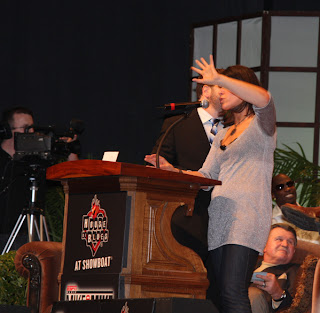 “The ESPN officials whom I spoke to answered the questions I had to my satisfaction. Therefore, as far as the Catholic League is concerned, this matter is over.”