We Can Breathe Again

The first full weekend of football in 2008 has been reasonably entertaining despite the hurricane-induced absence of the LSU Tigers. In the off-season, I upgraded my High Definition package with DirecTV and it's worth every penny.
I spent more time today watching the NFL than I did in a month last year. The Cowboys looked New England Patriot-like in their imposing win over the Cleveland Browns. 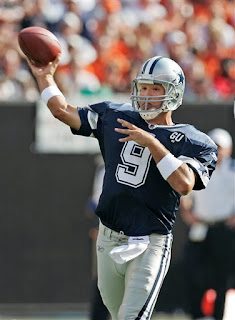 Felix Jones, the rookie running back from Arkansas, gives Cowboys fans reason for high hopes in the years ahead and quarterback Tony Romo was virtually flawless in the first half. In the second half, the Cowboys seemed to go through the motions against a hapless Cleveland defense.
I know I should have been riveted to the Saints' game against Tampa Bay. I turned the TV on and watched a lot of the game, which they won. 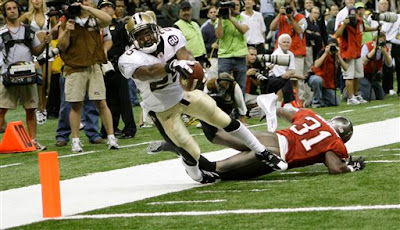 But I simply could not stop myself from changing channels to watch the New York Favres in Miami. The drama of quarterback Chad Pennington playing his first game for the Dolphins against the team that released him to make room for Favre was too compelling. 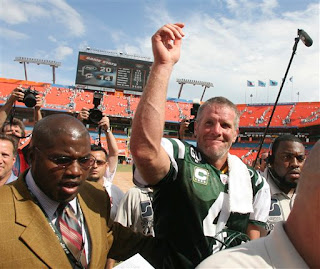 The presence of the unretired living legend in a Jets' uniform was reality TV at its best. Favre and the Jets won, but barely. I'm looking forward to seeing how Favre's season develops. It could be legendary.
I'm surprising myself by watching so much pro football. I'm planning to watch JaMarcus Russell and the Raiders Monday night. I'm not sure if it's the sport or the HD, but I need to shut things down and get out of the house.