A Star is Born

I'm not a political creature. More than a quarter century in the media has me trained not to take a public stand on any race. I don't do bumper stickers or yard signs. I don't blog about my political views. As the presidential election approaches, I am listening to both sides and will hopefully make a smart decision.
So, no one should infer any kind of endorsement or declaration of allegiance when I say I had a fabulous time watching Sarah Palin speak to the Republican convention. 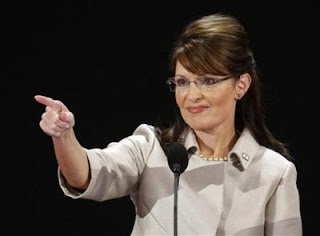 She brought all the tools: intelligence, eloquence, presence, confidence, swagger and beauty. Does one speech a potential president make? No. But it does make you want to hang around with Todd Palin.
The governor of Alaska, the Republican vice presidential nominee, had me transfixed. She spoke for about forty minutes and left me wanting more. Her sarcasm was biting, which may be a detriment. Surely the Democrats will latch on to that (at the risk of sounding like a bunch of thin-skinned whiners). 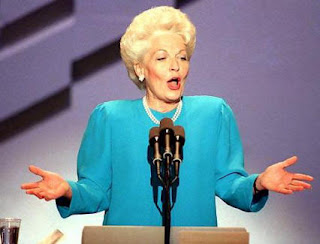 They have to be careful, because the Republicans can always pull out tape of Texas governor Ann Richards' smarmy attack on the first President Bush in 1988: "Poor George. He was born with a silver foot in his mouth." I will never forget it, because it was so mean and so personal. Governor Palin never mentioned her opponents by name. She didn't once attack them personally. She only spoke to the Democratic presidential nominee's experience or lack thereof.
She also took a swipe at what some perceive to be the Democrats' emphasis on style over substance, referring to Senator Barack Obama's stage setting when he accepted the Democratic nomination. “We’ve all heard his dramatic speeches before devoted followers,” she said. “But when the cloud of rhetoric has passed, when the roar of the crowd fades away, when the stadium lights go out and those styrofoam Greek columns are hauled back to some studio lot — what exactly is our opponent’s plan?"
A couple of the best moments were apparently unscripted. Television cut away to a shot of her young daughter just as she licked the palm of her hand and used it to smooth the hair of her infant brother. That was a laugh-out-loud moment. Palin also referred to herself as a "hockey mom," and spoke of others like her in the crowd. “You know what they say is the difference between hockey moms and pit bulls? Lipstick.” Delivered with impeccable timing and a subtle gesture, it brought down the house.
A lot of Americans are infatuated with Sarah Palin today. Some are threatened. Some are scared. Win or lose in November, she and her family will be fascinating to watch in the years ahead. If she's not elected, I just hope to be invited over to Todd and Sarah's for dinner one night.

I'm so glad I TIVO'd it; I loved it. Transfixed is the right word. She was awesome!

She's was much more compelling than McCain. The guy just doesn't come across on TV the way she did. And 40 MILLION people watched. WOW!

When we visited AK this summer, it was interesting to find out they refer to Todd Palin as the "First Dude." Now, that's cool.

I flew back to MN on Thursday--everyone was talking about Palin in the airports, at restaurants, even at work on Friday. A woman's out-of-the-blue comment on being tongue-tied that day was "I'm no Sarah Palin."

Finally, a female politican to get excited about.

When we visited AK this summer, it was interesting to find out they refer to Todd Palin as the "First Dude." Now, that's cool.

I flew back to MN on Thursday--everyone was talking about Palin in the airports, at restaurants, even at work on Friday. A woman's out-of-the-blue comment on being tongue-tied that day was "I'm no Sarah Palin."

Finally, a female politican to get excited about.