Daddy D in the Movies

The movie industry continues to percolate around town. Susan Sarandon, Richard Dreyfuss and Edward Norton are coming to town to star in a move called "Leaves of Grass."
I knew nothing of this until yesterday. I was sitting there minding my own business when my phone rang. It was a casting director, who said he has shown my photo (among others) to someone working on the film. He might have said the director, but I was kind of half-listening at the moment. However it happened, somehow it was determined that I look scholarly or something, because they're asking me to appear in the film as a professor.

I poked around and this project has a lot of credibility. Norton will play twins. One is an Ivy League professor (presumably I will be an on-screen colleague) and the other is a drug dealer. The professor is lured back to his Oklahoma hometown for a doomed scheme against a local drug lord (Dreyfuss) that unravels his life. I doubt I will meet or even see the Big Stars, but I'm looking forward to the experience. I'd like to see how big-time movies are made. It's a one-day shoot for me, which obviously means no lines and a lot of sitting around. I have no idea what they will pay, but I can't imagine it will be much. Still, If I make it onto the silver screen for even five or ten seconds, it will be kind of a rush. I'll definitely buy the DVD, so maybe I will come out even on the deal. Here's the first movie poster. See you at the multiplex. 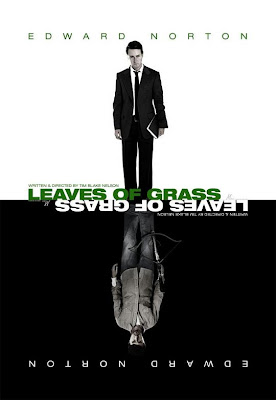 I've been called a number of times lately and it's always been something of a "last-minute casting". I've done a few but I really can't afford to leave work and do the "featured extra bit" anymore.

Enjoy your time on set though. You'll probably meet some nice folks and make new friends. Just be careful about being too chummy with folks who have "entered the darkside" of seeking stardom at all costs. They are kind of scary.