Carrie
Originally uploaded by patrickgensel
For Christmas, we bought our daughter tickets to the "Carrie Underwood Concert." She came to town Sunday night, sharing billing with Keith Urban. In the days leading up to the show, we were asked several times if we had an extra "Carrie Underwood tickets." Driving to the show, we were wondering which performer would appear first. They both are Grammy winners with multiple #1 hit records.
Underwood Performed admirably, even going metal with a cover of Guns N' Roses' smash "Paradise City." Her biggest ovation came following her breakout hit "Before He Cheats." She is beautiful, exceptionally talented and has the potential one day to be great. She needs to work on her showmanship a little, but I would have been satisfied with her concert on its own merits. She went first, by the way. Now I know why. Keith Urban
Originally uploaded by sassy_wench53
Keith Urban is unbelievable. I had no idea, no clue. Where have I been? This guy puts on an amazing, high-tech, high energy show that left the packed house breathless and screaming for more. A versatile guitarist and remarkable vocalist, it's no wonder he has become a worldwide sensation (of which I was ridiculously unaware until about midnight Sunday).
I guess he is known as a country music star because he has won awards in that format, but his show seemed to have precious few "country" elements to it.
My wife and I have seen a lot of shows together, and as the Keith Urban frenzy built in Bossier, she turned to me and shouted, "this is right up there!," meaning it was among the best concerts she had ever seen. I can't disagree. 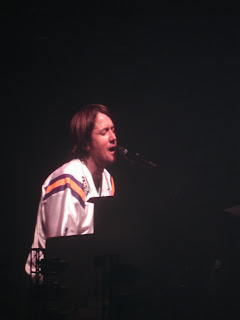 Urban performed an encore wearing an LSU football jersey. Early in the show, he and the band performed an impromptu version of "Louisiana Saturday Night." He did it with out gettin' down a fiddle or gettin' down a bow, but he had the crowd eating out of the palm of his hand. Urban and his wife are expecting a child. A fan brought a baby gift for him, and he noticed her. He invited her on-stage and opened the present to reveal a purple and gold LSU "onesie." The place came unglued. 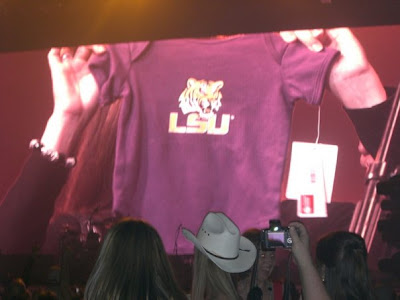 All the while, the concert was diplayed live on a massive HD screen behind the stage. 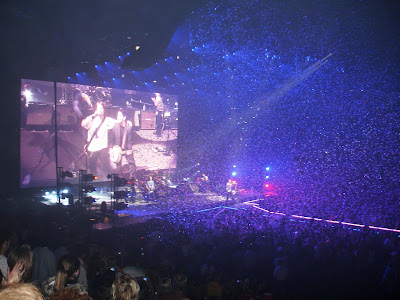 I don't pretend to know much about the big-time, but I'm pretty sure I saw it Sunday night. We came to see Carrie and were pleased. We stuck around for "The guy with her" and were blown away. Sphere: Related Content

You have been quite the concert goer as of late. I would have enjoyed Urban and Underwood as a big country fan. However, Buble is definitely one I would enjoy. I do listen to him some on roadtrips.

I just found your blog again. I had it in my favorites when I was with the Bugs. I once again put it there for easy access.

I looked back in your archives and appreciate the kind words regarding my wedding. I put the picture of us on my myspace page.

Enjoyed reading your blog!! I'm a huge Keith Urban fan and have been for 4 yrs and all I can say is that the man keeps getting better and better! Getting married has definitely made him one happy guy! He is one of the sweetest artist I've ever seen! Carrie is definitely touring with the right person! His CDs in no way compare to his concerts. To see him live is to really appreciate his talents! I enjoyed your photos of your precious family!! TOO SWEET!