Still and Chill on the Gulf Coast

It has been four or five years since I went on an actual vacation, and I had modest goals for this one: "Chill and Still," and "Eat seafood every night."
To achieve the first goal, I dragged my bride to the library and we checked out several books, including one on CD for the drive. That plan worked. We're halfway through the book on CD and we each have read another. I have not left the Fabulous Beachfront Condo and she has made only a short trip or two to a nearby supermarket for supplies. So, we have definitely been still. 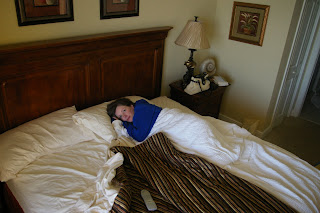 The "chill" part was meant to evoke images of relaxation. In fact, I had planned to to maintain a moderate buzz with some nice wine while I'm here. Instead, it's a "be careful what you wish for" thing, because I have been granted my wish more literally than I intended. The temperature fell into the 30's last night.
I got really sick the first night we were here, and that has paid unanticipated dividends. See, we're not out spending audacious amounts of money on extravagent seafood meals or bottles of Cabernet. The very thought of something fishy remains a little nauseating, at least for now. Forget about alcohol in any form. I'm not much of a drinker, anyway. That's why the little buzz was part of the action plan. Gotta shake things up.

The dining highlight of the trip so far has been an unplanned stop at Bigg E's Grill & Bar in Diamondhead, Mississipi. The potato soup and salad I ate there got paid back later that night. Since then, I've been trying to get my stomach back on its feet with store brand soup and saltines.
The temperature rose into the 60's by mid-day and we spent some time on the beach. 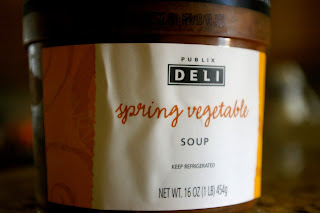 I think the fresh air did me some good. I might go for the gusto a little later and try a sandwich and a Diet Coke.