I am a Battlestar Galactica geek. The long-anticipated, well overdue fourth and final season will premier April 4th. On Wednesday, David Letterman had ten cast members on the show to offer the "Top Ten Reasons to Watch the New Season of Battlestar Galactica." It wasn't that funny, but the fact that the show got that much attention pleased me. Plus, I'm a long-time Dave devotee, so I got an eleven-for-one deal. 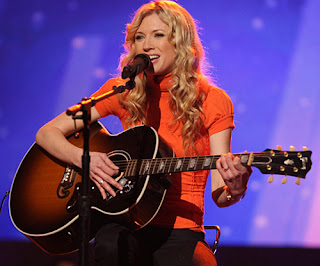 I am now ready to publicly declare my "American Idol" rooting interest. Brooke! The contenders have been whittled down to the Top Ten, and Brooke White is my Top One. I'm inclined to agree with the hype about this being the best group of finalists. Ramiele Mulabay is the weakest performer so far with Kristi Lee Cook giving her pressure for the dubious honor. I think Cook has more potential to be consistently entertaining, plus she's really good-looking. Brooke has it all: beautiful, likeable, a songwriter, a musician, a singer. Carly Smithson is the best singer in the group, but she needs to cover up that tattooed arm to get more votes. Girls are digging the Archuleta kid. Women are all about Michael Johns.
I spent some time with an avid sports fan yesterday. He was talking about the expectation that he would be grinding the first round of the NCAA Tournament, but had a confession. "If it's a choice between 'Lost' and a first-round game, 'Lost' will win. 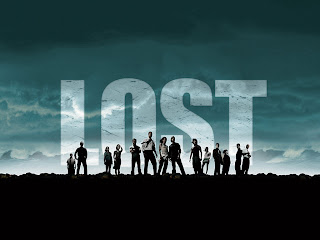 I'll flip over to the game during ads." Given the state of things with "Lost," he probably wouldn't get an argument from me.
At the urging of many Daddy D readers, we have finally given Jon Stewart a chance. Now, he's a TiVo priority. We don't watch him at 10:00, but we do watch him essentially every night. I can get through the good parts of The Daily Show and then Letterman and still be asleep by 11:30.
We still love us some "Boston Legal," even though Julie Bowen is gone from the show. I must be the mad cow.
I can hardly wait for football season. Until then, vote for Brooke.

Welcome to the Daily Show fold. Now, once you've acclimated to the climate, we'll get you started on the harder stuff... The Colbert Report.

I've liked Brooke since the beginning but I don't know if the voters will agree with you or not. She has the entire package and I love how self effacing she is after a performance. Very genuine. I agreed with Simon in wishing that she had done "Yesterday". She really nailed "Let It Be".

Archuleta has the voice but I don't think he has the personality to go along with it...plus, he's just too young. I like David Cook's voice and unlike most females, the Aussie doesn't wow me at all. At this point, I think the top 4 are Carly, David Archuleta, David Cook and Brooke.

Do you ever vote? I don't so I guess I don't have the right to an opinion, lol!

My wife actually votes. I think if I did, I really would have to surrender my manhood at the door.