Is No News Good News?

We have not heard from our "sandals on the ground" in Manchester, Tennessee. They are mixed among the masses, some 80,000 strong we are told, at the Bonnaroo Music Festival. 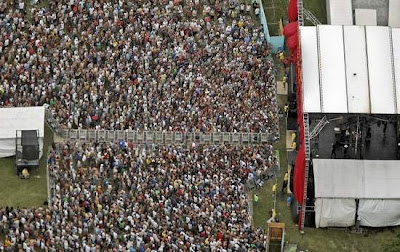 Since we have no first-hand account of how things are going, we are relying on the internet to get a broad view of the events. We know there was an hours-long deluge last night. For people spending the weekend in tents, that could not have been a welcome turn of events.
The music is loud and the air is festive. 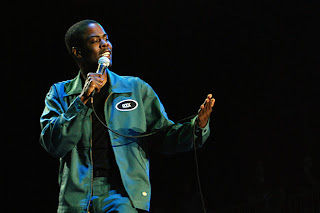 Chris Rock kept 'em laughing. We've been listening to live broadcasts on satellite radio and watching news coverage on-line. From a long-distance perspective, we have decided that our son is either in Heaven or Hell. I can't wait to hear how it's going. 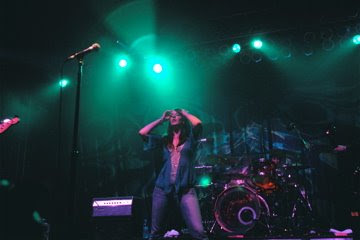 M.I.A.
Originally uploaded by wyep
M.I.A. at BonnarooThey did not go watch Chris Rock perform, which shocks me. 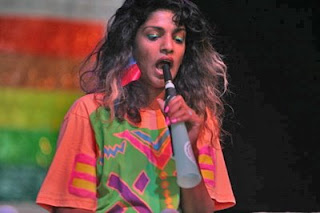 They saw Lez Zeppelin, but said the highlight so far has been M.I.A., who said several times this was her farewell performance. 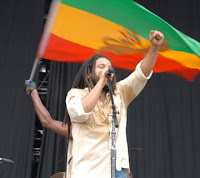 They went to Stephen Marley's show, which I certainly don't know a lot about but just the essence of the whole thing gives me pause as a parent. But, a party's a party and nobody's driving. They're camped for five days.
Remember, for him it's all about Robert Plant and everything else is just killing time. Sphere: Related Content