The Sweet Taste of Victory 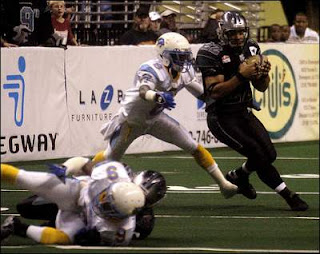 The defense intercepted three passes. That tells you a little something about the nature of Arena football: Your defense can pick off three passes and still give up 55 points. I guess that's why you need to score 66. You can also read a lot into the fact that Our Guys had a 26 point lead but won by just eleven. It's a kooky game, but it's fun to call on the radio. Off to Houston next week.