We Will Miss You, Ron

My buddy Ron lost his battle with cancer last night. He died as he lived, surrounded by family and lifted up by faith. Along the way, knowing the odds were against him, he believed that his fate was in God's hands. He was a model of srength and courage.
I've only known him for a couple of years, but he quickly emerged as one of my favorite people. His demeanor, his approach to life and work, the way he treated everyone, his essesnce were all to be admired.
You go through life and you meet people, work together, make friends. Rare is the person who you perceive to be universally liked. Ron was one of those guys. The people who worked for him followed his example. He didn't push his faith on people, but he exuded it at every moment. Is his fight with cancer, he inspired people.
I know I am a better person for having known him. 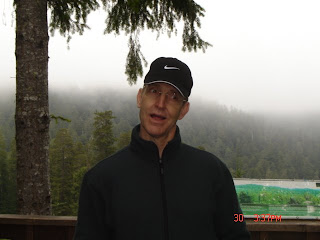