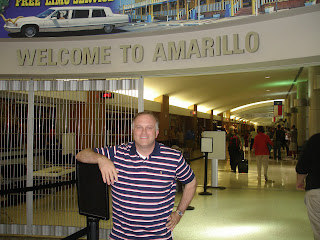 (Amarillo, TX)- I have arrived with no muss, no fuss, no worries. Given the weather woes beseiging Texas over the last few days, it's remarkable to say the least that I made it to Amarillo with no frustrations. My flights went as scheduled, a courtesy van was waiting for me at the airport and a room key was ready when I got to the hotel. There's a TGI Friday's in the lobby and I saw a bunch of people I know there. One cold beer later, and I'm off to bed.
The most interesting thing to happen on the trip was the announcement of our 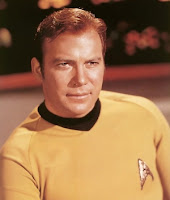 pilot's name. Yes, Continental Airlines has a pilot named Captain Kirk. Of course, a plane load of people reacted to that. Of course, he and the crew have heard it all before.
I let it go, because I'm sensitive to the "Hey, where's your other brother Darrell?" thing I've been enduring since Bob Newhart's second big sitcom was popular.

There's a security guard at work named Earl Hicks. I can't tell you how often Jason Lee's face has popped into my mind whever I see him. So far, I have resisted saying, "Hey, your name is Earl!" If anybody does that, it will be my other brother Darrell.