Daddy D on the TeeVee

(New Orleans)- So, I'm back in New Orleans. Somehow it worked out that I got to be the play-by-play man for a couple of games on Cox Sports Television this season. It's an honor to be asked and my goals were simple: Don't embarrass the network, the schools or myself. Mission accomplished, I think.

This was a strange experience. The game I was assigned earlier this season was at home, so I knew the coaches and the programs. Tonight's game involved two New Orleans Catholic schools. Walking through the stands of a high school stadium and realizing I didn't know a soul was sort of surreal. It was largely a solitary experience, even though I was surrounded by people. 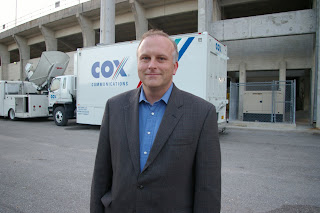 The good news is I had a chance to concentrate on preparation. After all, this isn't something I do every day. The executive producer was hanging around the press box for most of the first half, which really was kind of nice. I hope he was evaluating the product. Afterward, everyone was kind of exhausted after a late broadcast. So, I went to the hotel all alone. It's actually kind of peaceful. I've really come to enjoy traveling alone, if it's only for a day or two. 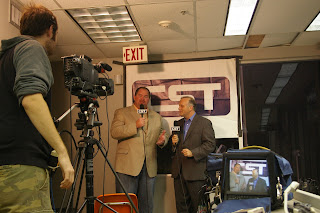 The crew treated me with respect. My partner in the booth has been kind to me in our encounters over the years, and the sideline reporter was lovely. 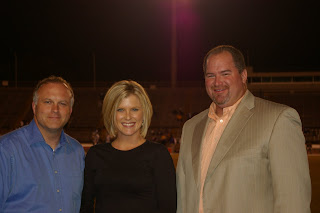 So, thank you Ronnie Rantz and Brooke Erickson. I hope we get to do it again some time soon.