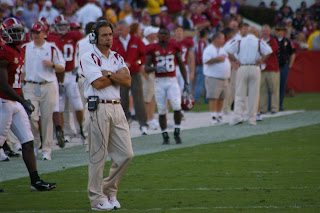 (Tuscaloosa, Alabama) - LSU's football team won another thriller, 41-34 over Alabama. This was an emotional day for LSU fans. Alabama's coach, Nick Saban, used to coach the Tigers. They canonized him when he led LSU to a national championship. Now that he's coaching the enemy, he is widely reviled in Louisiana. The hard-fought victory in Alabama does a Tiger fan good, I suppose.
This is my first trip to Tide Country, and I'm impressed. 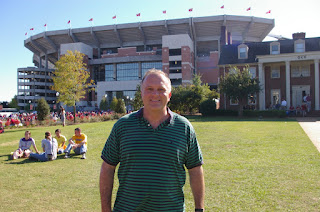 People were nice to me, the campus is pretty and Bryant-Denny Stadium is outstanding. 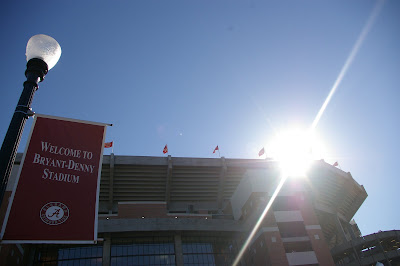 I may be banned from the I-10 corridor for this, but I can say that at times this afternoon, Alabama's stadium was as loud as Death Valley in Baton Rouge. 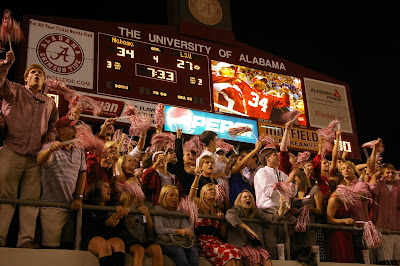 A senior from Shreveport, Jacob Hester, scored a fourth-quarter touchdown to provide the winning margin. 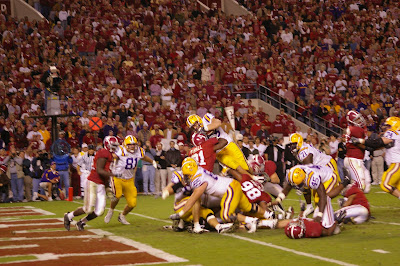 When that happened, the stadium was deathly quiet with the exception of the impressive pockets of purple and gold scattered throughout. 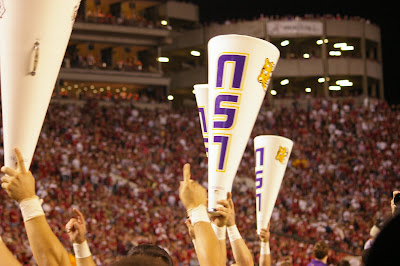 There's a funny little barb targeting LSU fans sweeping the Southeastern Conference. Someone has decided that LSU fans smell like corn dogs. As stupid as that sounds, it's taking off. At least two dozen times today, I saw LSU fans pass Alabama people who would say something like, "Hey, do you smell corn dogs?" It was kind of funny at first, but then it just became annoying. That's the point, I suppose. They had to have something to counter "Saban is a money-grubbing whore," which is something else I heard a lot.
Of course, the ultimate counter was the final score: 41-34 LSU. Smells like a victory. 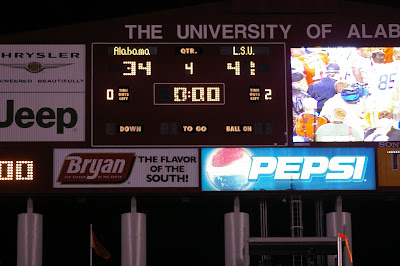 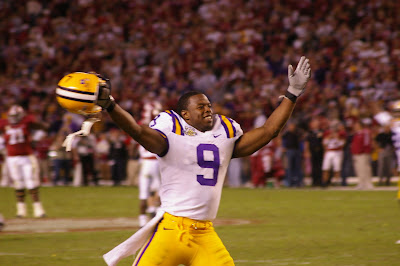 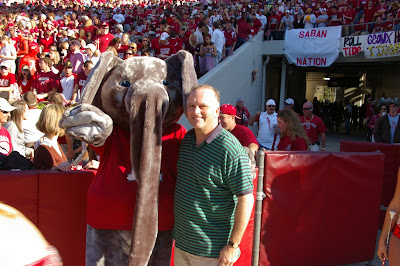 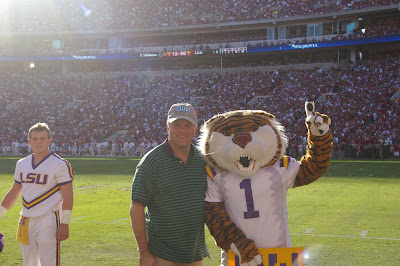 Rah, rah for your victory. While I'd be lying if I said I followed SEC football at all. I saw the entire fourth quarter of this game.

It was running so late that I had to watch it from the news set while we waited to start the 6:00 news (it started at about 6:20).

Exciting game, I must say.

It was exciting. It was really exciting to be there. A real kick in the pants. We are proud you watched, since you are a Pac 10 hack.

I am, indeed a Pac 10 hack. But CBS has a deal with the hated (in these parts, anyway) SEC, so that's often our lead in program before the news.

Watch out LSU, one slip up and Oregon is taking your slot in the BCS championship.