Interstate 10 between Lafayette and Baton Rouge has been closed for more than a week. This ranges somewhere between minor annoyance and major inconvenience for people who travel in South Louisiana. Twice during this closure, I have been compelled to make round trips to the southeastern part of the state; and my usual route has stretches which are considerably congested because that stretch of I-10 is unavailable. So, I've used this as an opportunity to travel on older federal and state highways.
U.S. 190 took me over the Mississippi River in the shadow of a rusty old railroad bridge. 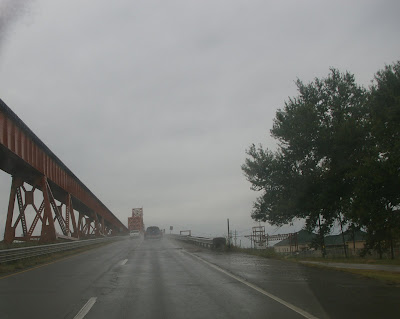 Farther down the road, I crossed the Atchafalaya River and breezed through legendary Louisiana speed trap Krotz Springs. 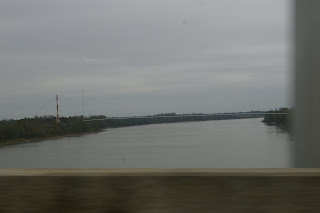 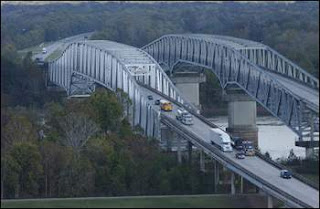 Shortly thereafter, a turn to the north on U.S. 71 took me through Beautiful Downtown Bunkie. 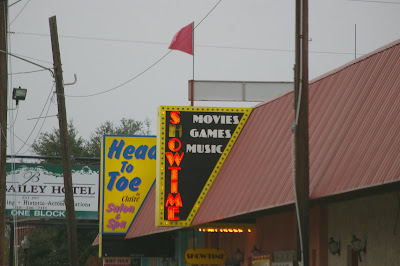 I will be sure to mark my calendar for the Louisiana Corn Festival. 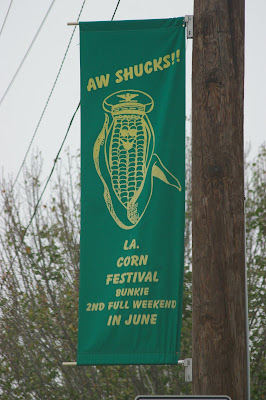 Not to be outdone, Cheneyville reminds us it was founded in 1811, and is still alive and kicking. 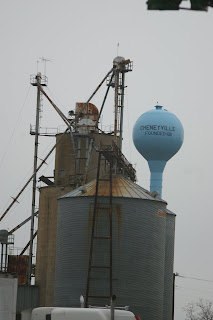 The timing worked out well for me, because almost exactly at noon, I found myself in LeCompte, home of the landmark Lea's Lunchroom. 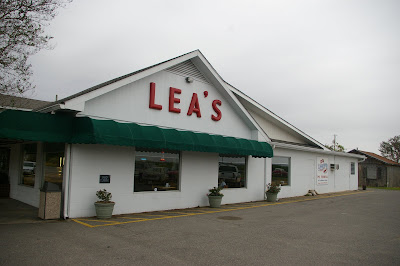 Lea's is famous statewide for its oven-baked pies and home-style plate lunches. 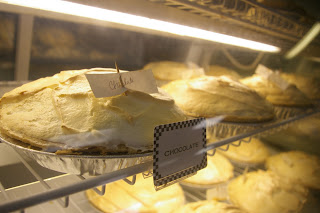 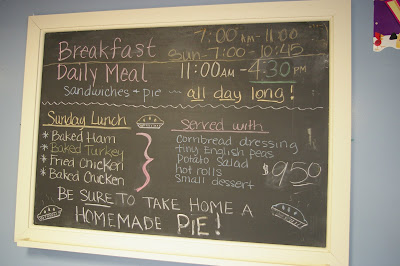 The pace is a little slower away from the interstate, which offers a traveler many opportunites to appreciate the state's agriculture. This time of year, sugar cane is being harvested. 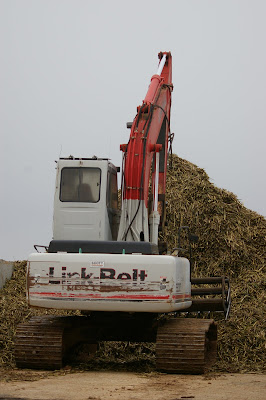 While the world is a little sweeter because of that, the travel isn't exactly enhanced by getting behind a cane truck.
It's not that they drive slowly and have a tendency to turn left, it's that cane has a tendency to fly off the truck and go "whap" on your car and "crunch" under your tires. 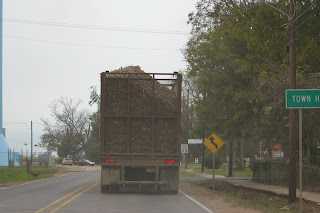 The trucks stay almost exclusively on the back roads, leaving the interstates for those of us who are just passing through. The old road home was a nice change of pace. Now, let's get I-10 open and let the corn and cane farmers work. 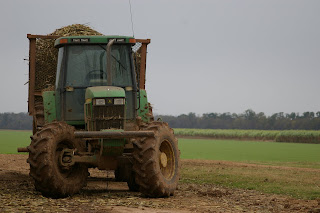 I'm looking forward to getting back on the interstate, where you can fly by in relative anonymity. Call me paranoid if you want to, but winding down the back roads by the rivers of my memory*, I felt like somebody was watching me like a hawk. 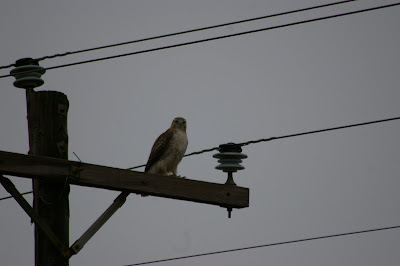 I am from southeast Louisiana, but my maternal granparents lived outside of Alexandria. I have travled that stretch of Louisiana so many times I know every bump and turn in the road. As a small child there were so many more landmarks through that Hwy 71 corridor that I miss being able to call out to my children. I love the pictures and commentary you have made. And Lea's does have the absolute best pies in our great state.

Thanks. Nice to hear from you. Good luck dodging flying sugar cane.