Saving the Saints Has Merit 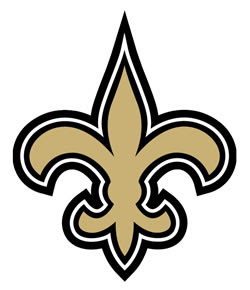 It looks like the Saints will stick around for a while. The team and the state of Louisiana have agreed to toss out exit clauses in their contract. Until today, there seemed to be real potential for the team to leave the state some time over the next four years. Before Hurricane Katrina hit New Orleans in 2005, it seemed likely the Saints would leave for Los Angeles or San Antonio.

The Saints' home stadium, the Superdome, became a symbol for misery and government ineptitude in the days and weeks following Katrina. It has been rebuilt, and so has the team. They are tied together as a symbol of hope for a complete recovery in the southern part of the state.
“For the foreseeable future, Louisiana’s team will keep marching to victory right here,”

Governor Kathleen Blanco said Monday. Let's hope she's right. If we believe at face value that the team will stay in place, that's one thing. The Saints being the Saints, "marching to victory" isn't exactly a given. Still, give the governor her due for putting an optimistic spin on things.
The contract had allowed the team's owners to "opt out" of the current deal with the state if it repaid $70 million dollars in subsidies (or inducements) to which Louisiana has been obilgated.
We are told a long-term agreement to stay in New Orleans is being negotiated. If that is accomplished, it could be a lasting legacy for Blanco, who has announced that she will not seek re-election. Team spokesman Greg Bensel, who has been down this road a few times before, said his boss Tom Benson is committed to forging an arrangement that will keep the Saints in New Orleans "forever."
The current deal was negotiated in 2001 by Governor Mike Foster. The Saints receive annual payments and other considerations from the state. 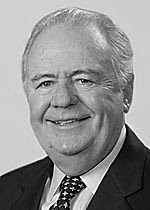 In addition to the repairs made to the dome following the hurricane, an additional $185 million was reportedly spent on improvements and upgrades Benson wanted. Surely a state ravaged by one of the worst natural disasters in United States history can find better ways to spend hundreds of millions of dollars. Maybe not. Just spend time with any die-hard Saints fan. They are the personification of "tried and true," sticking with one of the most bumbling franchises in National Football League history. It is not an exaggeration to say that often fans' emotional well-being is tied to how the Saints are performing. Millions of people feel strongly about the City of New Orleans and many still are legitimately grieving over its condition. The Saints are a salve for them, and the state's leadership is smart to keep that in mind.
Sphere: Related Content