This time of year in Louisiana, weather almost always becomes a big story. There is a tendency among some observers to think TV meteorologists go overboard sometimes. Your average person mave occasionally overreact to severe weather. On Tuesday, however, at least one media outlet got it right. 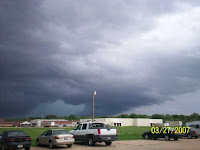 Tornadoes and funnel clouds were spotted across the area, hail created an alarming clatter and flash flooding paralyzed parts of east Texas. Fallen trees blocked highways and thunderstorm winds did some structural damage. As this was happening, the staff at KSLA did an outstanding job of reaching out to viewers. I only watched KSLA, so I can't make a comparison. I know that having their air product streaming live on the internet provided a tremendous service to a wide audience. Keep in mind that most people don't have access to televisions in the workplace or at school.
Patrick Dennis and Ron Young kept their cool and kept viewers informed about what was going on. Shannon Royster showed poise from the anchor desk. KSLA's crews did a remarkable job of fanning out aross the region and capturing the day's activities. Producers and editorial leaders got viewers involved in a meaningful way. E-mails, cell phone video and stills, home video and photos rounded out an outstanding day of severe weather coverage. To play off the station's promotional phrase, they actually DID track storms! More importantly, though, they effectively told the stories of people who were affected by the storms.

KSLA found a commendable balance between information and hysteria. The potential for destruction and injury was there, but they didn't overplay it. This was a great drill for the station and its viewers. Any time a severe weather system rolls through the viewing area, there is potential for a more serious outcome. Tuesday, KSLA proved it is prepared to handle the story well.
To illustrate how successful the station was at getting viewers involved, I've borrowed some photos from their website. Go there to see more, as well as to watch streaming video of their coverage. 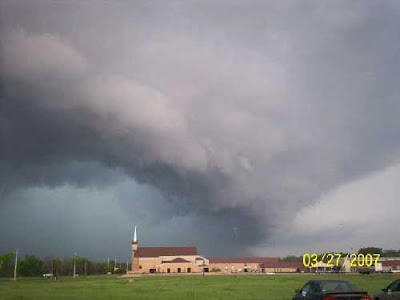 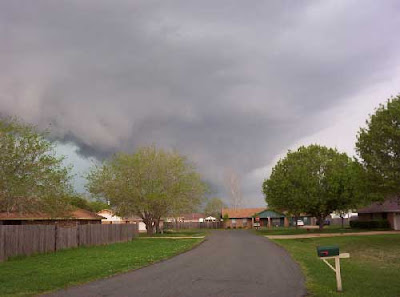 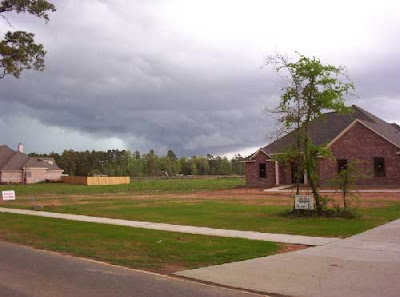 The church photo is credited by KSLA to Alisha Martin-Coffee. The others are not credited.
Sphere: Related Content

It was impressive coverage. The true test is: will they be able to do the same if that type of storm comes in the middle of the night or on the weekend?

One thing disappointed me on the day after the storms: they started a newscast by saying something about their coverage. They led with self-congratulations, making themselves the story. That was inconsistent with what they had done the day before. I wish they had covered the news in the newscast and let the promotions department air promos.