More On the Topic Of Reproduction 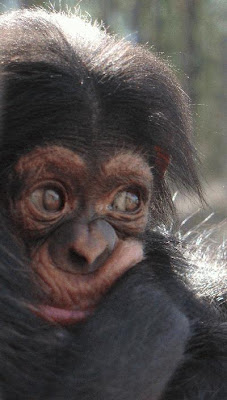 North Louisiana got more national publicity today. Good Morning America did a Maury Povich impersonation and revealed live on the air that a Chimp named Conan is the father of the little miracle baby at Chimp Haven, a facility near Shreveport which provides a retirement home and ongoing care for chimps who used to be the subjects of laboratory research.

Teresa, a chimpanzee who is approaching 50 years old, gave birth late last year. The baby has been named Tracy. Seven guy-chimps were eligible for the honor of fatherhood, even though all of them have had vasectomies. This should offer great hope to our matador buddy discussed in the most recent post. I'm not sure why it's important we know who Tracy's father is, but DNA tests were done. I think this means that Conan gets another surgery.
The happy news, according to Chimp Haven's website, is that Tracy apparently is being raised by committee: "Teresa is very attentive and responsive, making sure that Tracy is well-cared for by both herself and the other members of her group. She is even letting the other chimpanzees in her group as well as the care staff take closer looks at the baby!" 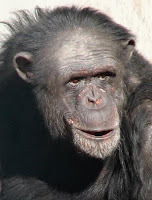 Now that paternity is settled, we are assuming that Conan will do the right thing with respect to banana consumption and poop throwing. As for Teresa, I think she probably is thinking, "enough already. I just want to get some sleep."
(Proud Papa pictured, left) 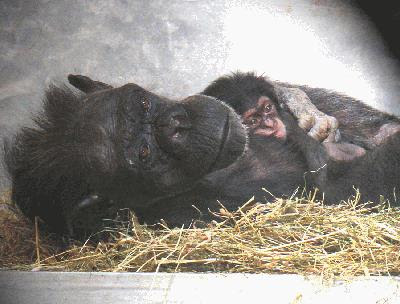 Photos borrowed from Chimp Haven's website. Frankly, they are hoping all this attention raises awareness, which leads to more donations.
Meantime, a popular light night television comedian who shares a name with the Proud Papa is disavowing any involvement in this affair. 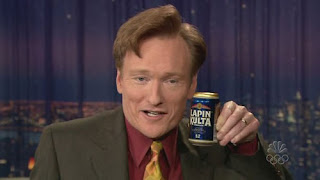