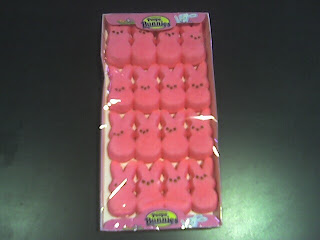 True confessions time. I played a dirty little trick on my son on Easter Sunday. His mother got him some Easter candy, and he seemed to enjoy it. I noticed, however, an alarming absence of Peeps in the Easter basket.
This is an clear oversight which demanded correction. So, I went to my closet and pulled out the secret stash of Peeps. He eagerly opened them and ate many of them. I have to say I had a few, too.
Here's the thing. They were leftover Peeps from Easter '06! My wife just sat there and laughed, her son none the wiser. The Peeps went so quickly that she bought more the day after Easter, from the discount shopping cart at Brookshire's.

Peeps apparently have the shelf life of military MRE's as long as you don't break open the cellophane. These ridiculous little sugar-coated marshmallow candies have become a cultural phenomenon. I can remember, a decade ago, participating in an extended newsroom conversation about the nuances of enjoying Peeps.
This year, the revered Washington Post invited readers to participate in a Peeps Diorama Contest. They received more than 350 entries from around the world! You can see a photo gallery here. 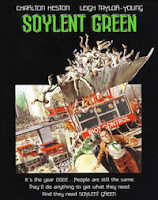 The Post reported: There were copious dioramas with antiwar or patriotic themes ("Give Peeps a Chance" and "George Washingpeep Crossing the Delaware," for example). Several chronicled Britney Spears's meltdown in front of the "Peeparazzi." Two dioramas adapted a classic Charlton Heston movie line: "Soylent Green is Peeps!"

The entry pictured above, in a photo borrowed from Renee Comet Photography, has the theme "Peeps are a girl's best friend." A woman I know would agree with that. She likes to leave her Peeps out for a couple of days and eat them stale. She could enter next year's contest, because the first tip offered by the paper for a successful Peeps diorama is to let them harden for a day or two before construction. "Girl's Best Friend," by the way, was the winner of the paper's contest. 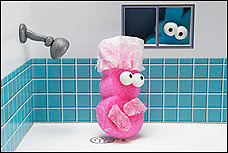 The Post has even arranged for a showing, starting this Friday at a regional art facility.

There, one will be able to see in person "Peeping Peeps," among other creations. Many are elaborate and obviously took hours, even days to create.

There is an undertone of alarm in the Post story, simply because they think this event will really take off. They are already planning for next year. At least they have a foundation for a nice art collection. I mean that. Based on our own experience, Peeps can hang around for a long time. I'll poke around in my closet and see what I can find.

Someone emailed this to me a few days ago, and I just about peed myself laughing.

Peeps -- the Easter equivalent of fruitcake.

I guess it's like frutcake. Although, my friend Steve has a theory that's there's actually only one fruitcake and people keep passing it around to one another. We know Peeps are like Tribbles, they multiply without restraint.

Darrell, my 11 year old son begs for these every year! Guess it's a boy thing. He loves them every shape and form, on every holiday.

Enjoyed you on Sports talk today, thanks for telling the rest of the Drew Bledsoe story.

Glad I could shine a little light on it for you. I have fun doing that show every once in a while. I don't think I would want to do it every day. I don't think the listeners would want me every day. A nice change of pace works for everyone.
I went to my son's room today to snitch Peeps!