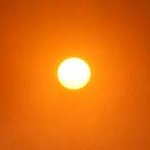 My father called last night to warn me about the dangers of the heat. He said not to go work in the yard, “because you could have a heat stroke and you would be paralyzed.” I laughed, but he has a point. I’ve heard the old folks talk about heat stroke, but I don’t know anyone who actually suffered from it. I don’t want to be the first.
It’s hot, there’s no question about it. It’s always hot in July. The temperature inevitably will surpass 100 degrees, so what’s new? I’ve been mowing yards in the summer for more than thirty years, and I haven’t had a heat stroke yet. Why worry now? I have to give it up to him, though. You don’t live eighty years without developing some kind of wisdom.
My father was the youngest of fourteen kids. His father had two wives, he tells me. Each of them produced seven babies. In a remarkable circumstance, no photo exists of all of them together. There’s a simple reason for that: they never were. Imagine having a family so large that there was not a single occasion when they were assembled in the same place. He was extraordinarily devoted to three of his brothers and two of his sisters. He was business partners with the first son of his mother, who was the eighth child of his father. His sisters cared for him as a child, and the bond they shared was tungsten.
Think about it. He has grieved the deaths of his parents, a wife and thirteen brothers and 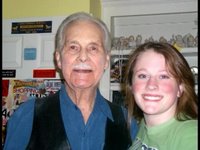 sisters. He turns 80 this month and has now lived longer than all but one of his siblings. Dealing with an octogenarian parent will be challenging and often frustrating, but it’s better than the alternative. It’s nice to have a parent around.
Many of my friends and all of my cousins on my dad’s side have lost both parents. This is working to my benefit, in a way. At least four cousins call or visit my father with encouraging regularity. They’re clinging to the older generation of the family, which helps him as much as it does them. A nice by-product is that some of the responsibility for the emotional well-being of the Agin’ Cajun is deflected from me. They talk about old times with him, and ask him to tell them stories about their parents. It’s an old-school, time-honored purveyance of family legacy.
In the meantime, my family still gets the benefit of having the old guy around. Advice about simple things is priceless. When my wife and I were planning to build a house, we were looking at lots. We were drawn to one with two giant pecan trees on it. We took my father to look things over. He glanced across the street and saw a bare piece of ground. He said, “That’s the one you want. I know you like these pecan threes, but if you build on this lot they’ll die.” We took his advice. Sure enough, less than two years later our neighbors across the street were out thousands of dollars because they had to have two dead pecan trees chopped down and hauled off. Now, the young trees we planted on our bare lot have grown 15-25 feet high and we have shade our neighbors envy.
He is a simple guy down to the core. He’s contemplating the end of the road. The other day he said, “Trying to provide y’all with an inheritance is hard work sometimes.” That’s not the kind of thing you want to think about, but I suppose it’s part of parenting. For now, we’ll let him keep on doing his job and I’ll do my best to avoid paralysis.

I can still remember a time I would roll my eyes at everything and anything my dad would say. Now I talk to my parents almost daily, and actually listen to the advice they give. It's strange how you can't see it growing up.