The Big Show in Bossier

Bossier City, LA (July 6, 2006) - It kind of amazes me that we’re consistently getting The Big Shows in Bossier City. Faith Hill and Her Husband thrilled a near-capacity crowd at CenturyTel Center Thursday night. To be fair to Faith’s true love, the decibel level from the crowd kicked up a few notches when Tim McGraw started his set. How it was decided that he was the headliner and she was the opener, I’ll never know. If I had the chance to make the decision alone, it would have been a no-brainer.
They opened the show on the stage together with “Like We Never Loved Before.” Then, McGraw disappeared under the stage and his spectacular wife rolled out an inspiring performance of hit after hit. “This Kiss,” a crowd favorite, was presented with an arrangement different from that of the recorded version. This live performance had more of a rock feel to it. Proving that she is not constrained by her country roots, Hill showed her versatility by performing an a cappella version of “I Surrender All,” at the request of an audience member. “It is Well With My Soul” also moved the crowd. Hill belted a little Janis Joplin along the way before being rejoined by her husband for two duets, “Angry All the Time,” and “Let’s Make Love.” Then, she and her loveliness disappeared under the stage as her spouse had done an hour and a half earlier.
I know McGraw has become a major country superstar, and I actually know the words of a few of his songs. He’s way too “country” for me, though. There’s a little too much fiddle in his songs and I have trouble getting past the way he seems to sing through his nose. After two songs, I looked at my wife and said, “I’ve seen what I’ve come to see. I’m going to get something to eat.” McGraw was eye candy for her. 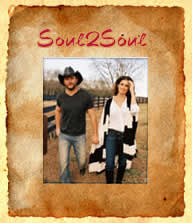 There are not many country shows I would go see, but this couple is such an extraordinary combination of looks and talent that the concert struck me as something I needed to experience. I have to say it was not a disappointment. I may not enjoy Tim McGraw’s voice, but he’s a hit machine. You also have to like what he and his wife stand for. They’ve been married for ten years, and they still talk openly about their love and affection for one another. They were donating proceeds from the show to help hurricane victims in Louisiana. Somehow, even when they sang overtly suggestive songs it seemed okay because they’re married. The lyrics don’t come across as lascivious or prurient, just loving.
The night was a positive all around. Sometimes the singers’ voices seemed lost in the music, but most fans in attendance seemed to know all the words, anyway. Just hearing their songs performed live, you realized the scope of their talent.
The magnitude of this music event for Shreveport and Bossier City can’t be understated. The Eagles, Elton John, Fleetwood Mac and other music industry legends have performed locally in the last few years, but this show featured two superstars together at the peak of their careers, and we were fortunate to have them perform for us. They did not disappoint.