The Death Of Spectator Sports in Shreveport?

The Dallas Cowboys will play the New Orleans Saints in a preseason game on Monday Night Football in Shreveport on August 21.
Let that sink in for a moment. With the possible exception of the Notre Dame – LSU Independence Bowl, this is easily, unquestionably, irrefutably the most significant sporting event to take place in Shreveport in my lifetime.
It’s not sold out yet. 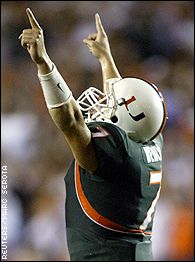 When the Miami Hurricanes came to Independence Stadium to play Louisiana Tech, that was big. Not only was one of the premier college football programs in the country bringing its team to Shreveport, it was led by a quarterback, Brock Berlin, who was opening his senior season in his home town. I wrote at the time that if the stadium didn’t sell out, Shreveport should just give up on sports. I meant it then. Sellout? It wasn’t even close.
How can Cowboys-Saints on Monday Night Football not sell out? In a town notorious for its excuses, what will keep people away? Number one, I guarantee it, is “It’s too hot.” Well, yes, it’s August. If it were just the Cowboys or just the Saints there might be a sliver of wiggle room in there, particularly since it’s “just” a preseason game. However, this event features the Cowboys AND the Saints. It doesn’t get better than that.
The tickets are expensive. For the best chairbacks near mid-field, the price tag is north of one hundred dollars. However, tickets for

the game have been priced as low as fifteen dollars. Naturally, those were gone quickly. If there ever was a sporting event in town worth a premium price, this is it. It’s a school night, also. I haven’t found a person yet who thinks it’s a good idea to start school on August 9th. That person is out there, otherwise it would not have happened, but that’s beside the point. I’m guessing there’s a way to get the flashcards done and still make it to the game, if you really want to.
There lies the point. Do you want to? Do we want to? In Shreveport and Bossier City, we’ve made a tradition out of complaining about a lack of something to do. Now, here is something legitimate and, by our standards, spectacular. Yet, we’re struggling to sell it out! It would be overreaching, I suppose, to call this a once-in-a-lifetime experience. If the area does not respond with enthusiasm, it just might be. Why would the Cowboys or the Saints or any other sporting enterprise bother to come if there’s insufficient demand? We know there’s interest, but it’s a long way from the recliner to Independence Stadium sometimes.
Some in the area have surrendered the fight. Grambling doesn’t play football games in the stadium anymore. Northwestern State can’t justify moving a game off campus. Southern University spurned the city’s overtures. Even East Texas Baptist University took a run at playing a home game or two in Shreveport, but the process simply did not work to their advantage.
No doubt they have all felt the sting of the attitude summed up tidily by a conversation I had with a self-described sports fan in Shreveport. He said he had not been to a BattleWings game, A Mudbugs game, or the Independence Bowl. Ever. I didn’t bother to ask about the Sports or Centenary basketball or Louisiana Tech, because it would have been a waste of breath. I said, “I thought you said you’re a sports fan.” He said, “I am, as long as I can watch it from my own living room with my own bathroom nearby.”
Let’s not even think about how much it will cost to park our cars near the stadium for the Cowboys-Saints game. We all know how much Shreveport just loathes the idea of paying to park. The concession lines will be long, the traffic will be a hassle, the neighborhood is perceived as unsafe. The list goes on and on and on.
We won’t be building a 50,000 seat stadium in another part of town. The way things are going, in the not too distant future we won’t even need the one we have.