When you send your daughter off to the expensive out-of-state private university, you’re consistently thinking, “Man, I hope it’s worth it.” I guess we won’t know about that for a while, but early indications are positive. She’s almost bubbly when she talks about her classes and she seems to have made friends easily. We see plenty of photos of her in large groups of people her age, and they always seem to be doing something fun. More importantly, they are doing things she can’t do at home.
Let’s face it: you won’t see anything like this in Shreveport. 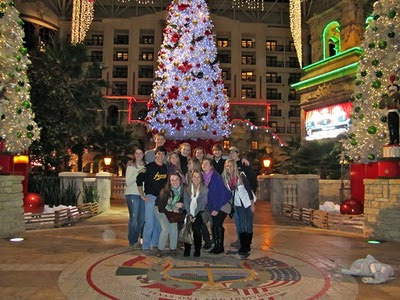 She and her running buddies got extraordinary access to ICE! At Gaylord Texan, a spectacular 14,000 square foot ice exhibit at a fabulous suburban Dallas hotel. I can only imagine what it’s like to be ensconced in fourteen thousand pounds of ice sculptures, but obviously it’s cold! 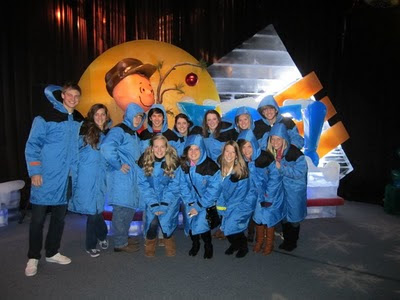 She was especially excited for me because she knows of my lifelong affection for Charlie Brown, and this year’s ICE! Exhibit has recreated scenes from the classic cartoon A Charlie Brown Christmas. 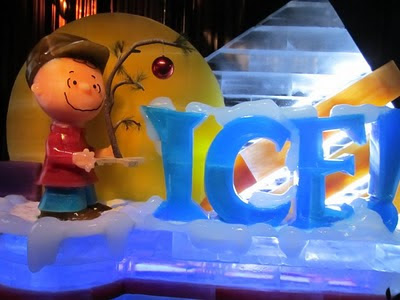 The outing was invigorating and entertaining, I’m sure. I hear it continued late into the night. 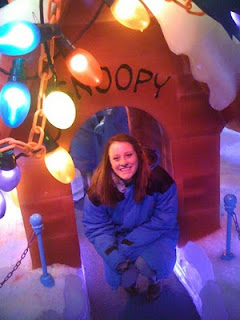 It’s fantastic that she’s having such a great time, but now it’s time to hunker down. Her first college finals are next week and you know that’s stressful. As soon as that’s behind her, she will come home for a week. Then, college fun should reach a whole new level. Her football team is going to The Rose Bowl and that means a road trip with her buddies to Southern California for New Year’s celebrations. That will be hard to top.

I worry now that there will be pressure in the years ahead to keep up this remarkable pace. Man, I hope it’s worth it.