A Christmas of Independence

Christmas Eve finds most of the immediate family wearing double duty red. Not only is it the traditional color of the holiday, but it is also prominent around the Independence Bowl. Somehow, my wife and daughter have become immersed in bowl-related activities. The morning started with champagne-based eye openers, mimosas and poinsettias. 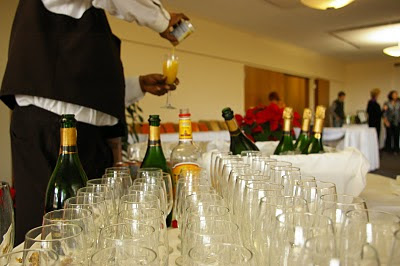 The occasion was ladies’ day out, an event which my wife co-chaired. She gamely faced the challenge of keeping wives of coaches and other athletic officials from the participating schools entertained on Christmas weekend. The ladies from Georgia Tech and the Air Force Academy seemed to have a nice attitude about the proceedings, even though it is self-evident that that are many other places they’d rather be. 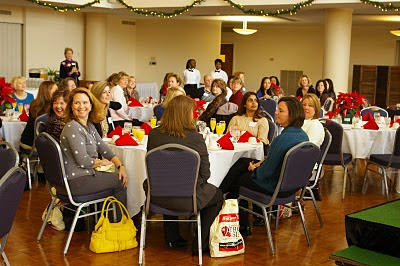 With the game scheduled for the Monday after Christmas, it proved impossible to avoid spending the holiday on the road in an unfamiliar setting. My wife and those surrounding her set out to smother them with kindness (and a little more champagne) to take the edge off. It seemed to work out as almost everyone appeared to genuinely make the best of things. 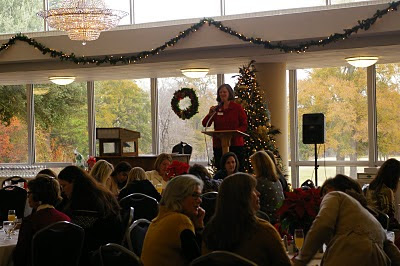 I somehow became convinced to call BINGO for the ladies. There were valuable prizes involved. I tried to keep ‘em laughing. I’m not so sure about all that, but they did leave my portion of the event with armloads of free stuff and that can’t be all bad. 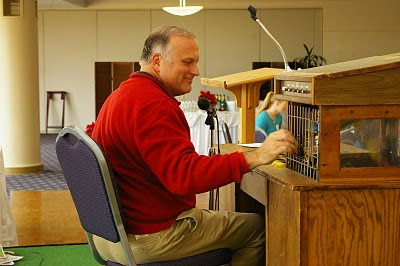 Concurrently, the daughter was conveniently corralling youngsters at kids’ day out. 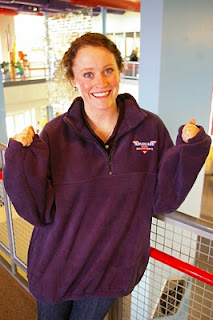 This is part of her duty as an Independence Bowl Ambassador. The night before, she and the other ambassadors got to hang around with the football teams. She is notorious for her discomfort around small children, so today’s event was an exercise in personal growth. I asked her if the kids were well behaved. She paused, took a deep breath and said “most of them.” Again, it’s all about attitude. Hers was positive, for the most part. There are a couple more days of ambassadorial duties ahead, including the game itself. She’s staying busy and that counts for something.
Until the game rolls around, we will keep the spirit alive and keep digging through the closets and the drawers looking for something else red to wear.
---------------------------------------
The bowl game has a new mascot this year, which of course means a photo op: 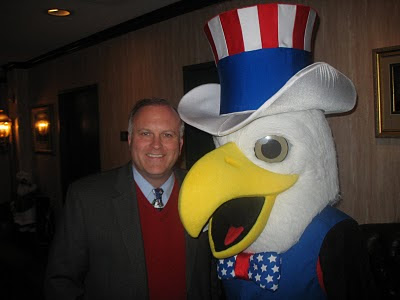