Come Get in the Bloody Christmas Photo, Already.

The line of the night at the Annual Family Christmas Eve Feed was uttered by one of my cousins. We were attempting to round up everybody for a photo with my father, who is the last survivor of fourteen brothers and sisters. My cousin said “If you have Rebouche blood, come get in the picture. If you slept with someone with Rebouche blood, then stay over there.” Given those precise parameters, a group dutifully assembled. 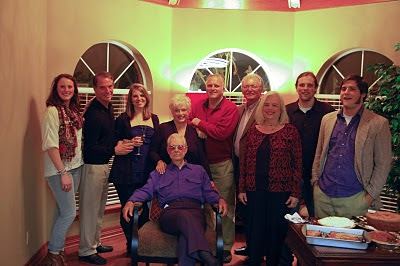 There he is, surrounded by his son, his grandchildren and a variety of nieces and nephews. Sadly, one of the cousins and his adult offspring had left before the photo opportunity, but this will do for now.
My son actually showed up, disheveled and hungry. It was the first time he had seen his sister since she came home from school for the holidays. 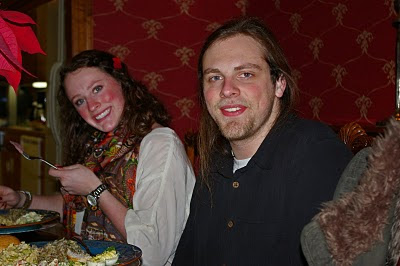 They talked congenially while consuming alarming quantities of my cousins’ cooking. It was old-school food, too: salt, grease, butter, sugar. It had all the bad stuff that makes it taste so good. 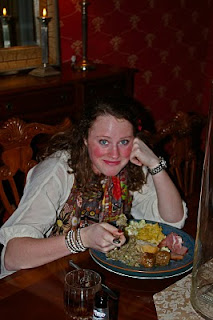 When we arrived, my daughter noted the size of the plates which were the biggest she had ever seen. This encouraged her to load up with grub. As she sat at the table, she laughed at herself but never doubted her ability or her resolve to eat it all. She did it, too and may have gone back for more.
This made her grandfather, who has been known to annihilate a platter of food in his day, very proud.

I‘m not sure he could pinpoint the parentage of all of his grandnieces and grandnephews in the house, but he knew they all belonged. He knew where the gigantic vat of Cajun rice was, too and he visited it early and often. It was funny to hear him say the “dirty rice” as he calls it was “just like the old people used to make.” I mean, he’s 84. We all know what he meant. After all, isn’t Christmas about being young at heart? Especially if that heart is pumping Rebouche blood; that way, you get to be in the picture. Everybody else, grab a piece of pecan pie and take a seat on the sofa.