We stayed out later than we normally do this weekend, but felt like either lightweights or old people nonetheless. Every other year, the local arts council throws a big party as a fundraiser. People look forward to it because it gives everybody a chance to dress up. It’s an expensive party. Tickets this year were going for $250.00 apiece. Some friends who had a family conflict arise on the evening of the party let us have theirs. So, out came the tux. My wife made an urgent trip to the mall for dress-up clothes, and we were off. 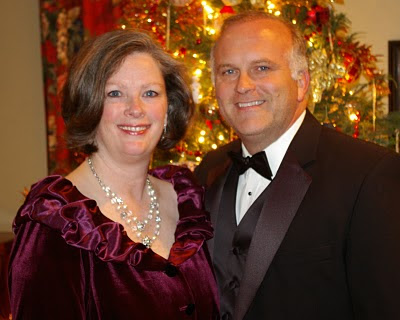 The theme of the party was “Beatlemania,” which was fitting since it came just days after the 30th anniversary of John Lennon’s murder. 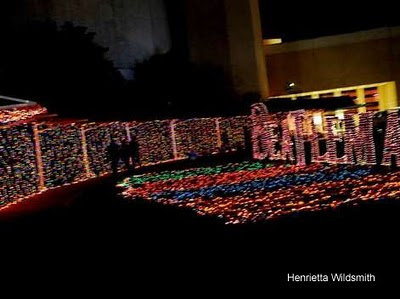 Among the many tributes to the band and its members was an ongoing performance piece portraying Lennon and wife Yoko Ono in bed. They seemed to get somewhere close to second base a few times. I don’t even want to think about what was happening under the sheets. 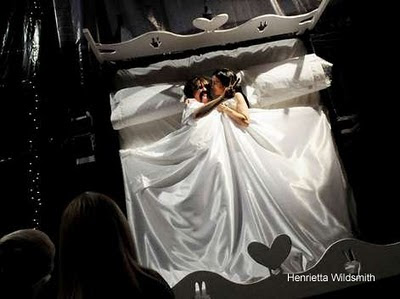 When you go to this party, you know it will be rated somewhere between PG-13 and “R,” so I suppose there were no real surprises. Although the series of strippers pole dancing in front of a giant peace sign seemed a little bit much. I didn't make the Beatles connection on this one. 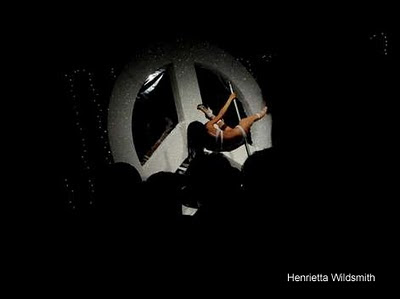 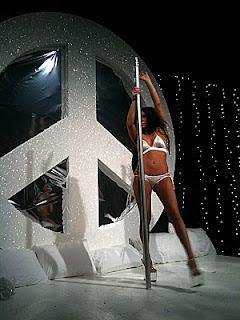 The dancers never actually took anything off. They just started with not very much on and behaved like I would imagine strippers would behave if I had any experience with that sort of thing.

We did encounter one acquaintance who was woefully unindoctrinated and seemed borderline flabbergasted by what she was witnessing. Many of the attendees wore revealing outfits. This is a “see and be seen” event, no doubt about it. Some people took that more literally than others. The decorations are always elaborate for this event, and this year did not disappoint. The Yellow Submarine and the Octopus’ Garden got my attention. 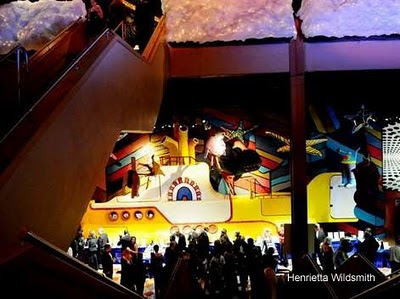 We saw a lot of people we knew and I would say we had a nice time. We’re not big partiers, though. We’re also not high-dollar people, so we walked away from the acres of silent auction offerings empty handed. We may have contributed to the fundraising aspect of the evening by driving up a few bids. Hopefully, that counts for something. 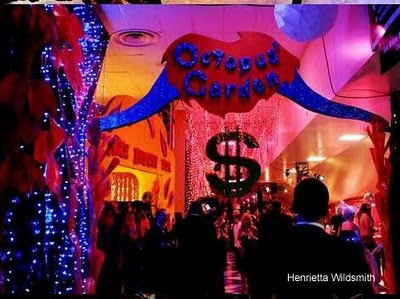