These Yellow Jackets Have No Buzz 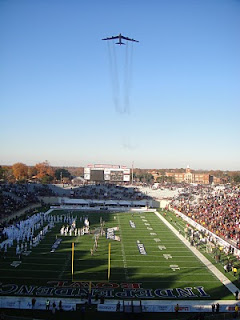 The extended Christmas weekend was capped off, appropriately I suppose, with football. We made our way to the Independence Bowl and watched the Air Force Academy hand Georgia Tech its sixth consecutive bowl loss. Almost nobody from the state of Georgia was there to see it. Not only was the fan response from Atlanta essentially non-existent, a snowstorm in the southeast put a white, frozen blanket over the travel plans of dozens of Yellow Jacket faithful. So, when a B-52 flew over the proceedings moments before kick-off, the stadium appeared to be about half full. This was the 35th Independence Bowl. I’ve attended all 35, and I can’t remember a time when the stadium had less energy. It was just strange.
My wife, who has been to a couple of dozen Independence Bowls herself, hurt her back putting Christmas decorations away and didn’t make it to the game. My daughter, with a friend in tow, proved to be good company. 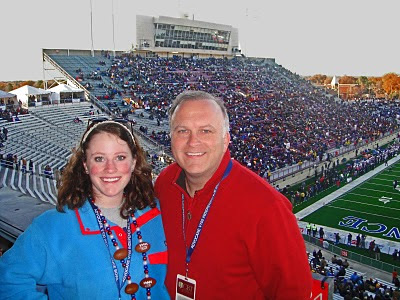 The ladies were under-prepared for the cold weather, though. Fortunately, we had club tickets which granted us access to the indoor facilities, as well as food and hot chocolate. 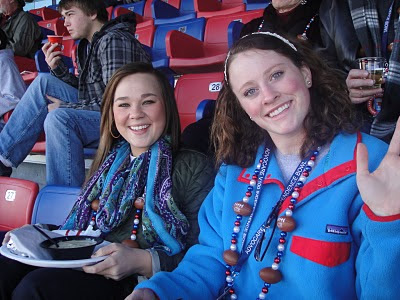 The family dedicated a lot of time to this game over the past several days, so we were emotionally invested in the total presentation. 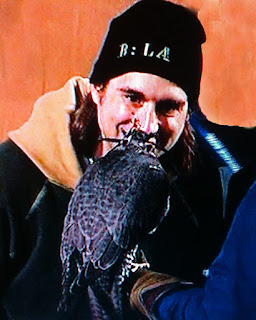 From her perch on the sofa, my wife said it didn’t look or sound bad. The game was competitive, but the most suspense came for a wayward bird. The Air Force Academy’s trained falcon flew away during pre-game ceremonies. It was finally found in downtown Shreveport and returned safe and sound to its handlers. It’s a Christmas miracle.
We’ll put a bow on this Independence Bowl and hope that next year’s participants respond with a little more enthusiasm.