We Kid Because We Love

Shortly after the LSU-Arkansas football game, my phone started buzzing. One text message said, “You career is complete. You finally made it to network TV.” I had no idea what that was about until this photo hit my inbox. 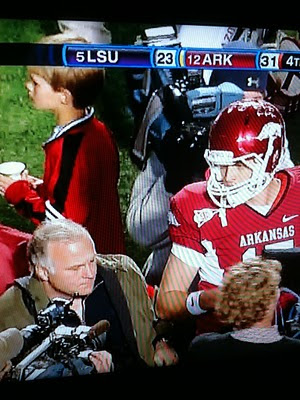 There I was, in the middle of the Razorbacks’ post-game celebration. I was standing right next to quarterback Ryan Mallett with a purpose. I was lending a hand to a couple of TV stations that were covering the game, and the winning quarterback was in demand for on-field interviews.
I guess the televising network thought he was worth showing, too. 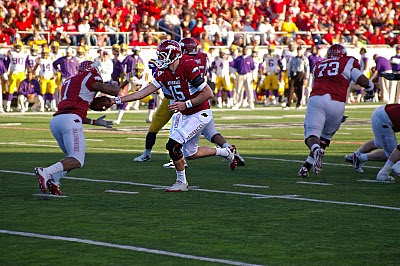 The outcome of the game was disappointing for LSU fans, because the loss eliminated hope of the Tigers playing in a major bowl game and certainly vanquished their dim hopes of a national championship. 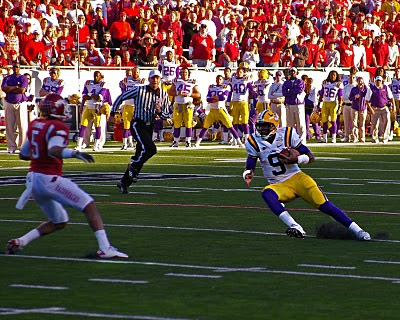 The trip was fun for me, though. I was in a vehicle with the television people as well as a writer for the local newspaper. Two of those guys are close friends and a third, who is from New Orleans, is someone we know and like. Seven hours in a car together lends itself to the re-telling of well-worn and often exaggerated tales of our various misdeeds. 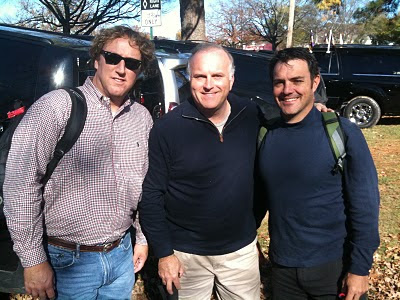 There was one significantly younger person on the trip, and this meant a new audience for the time honored tall tales of our exploits. So, we amused one another by abusing one another.
As I’ve explained to the unindoctrinated, this is our awkward “guy way” of expressing our warm regard for one another. Or, to borrow a phrase from legendary insult comic Don Rickles, “We kid because we love.”

I ran into an old friend along the way, a veteran Arkansas fan who worked with us for many years in local TV. 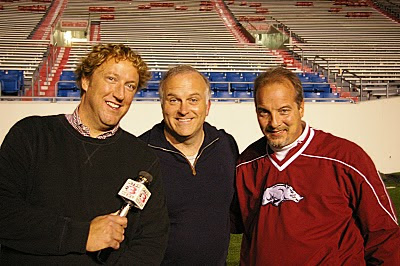 We drove to the game and back and did not stay the night, which made for a long day. It was fun, though. The football was high level and so was the company. And I guess the good news is, it also means we have more stories to tell when we get together again.
----------------------------------
And there was no way I could pass up the opportunity to add to the mascot collection. 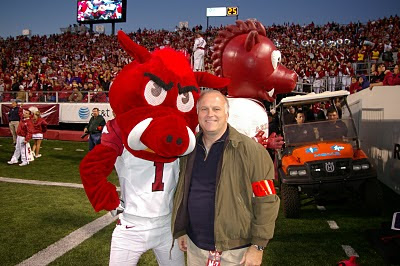 Your face is your pass