As happy Thanksgivings go, 2010 rockets to the top of the rankings. The family enthusiastically indulged my lifelong desire to attend a Dallas Cowboys game on Thanksgiving Day. In keeping with the “thanks” theme, we are immensely grateful to a generous friend who invited us into a suite at Cowboys Stadium, where we enjoyed the game in high style. 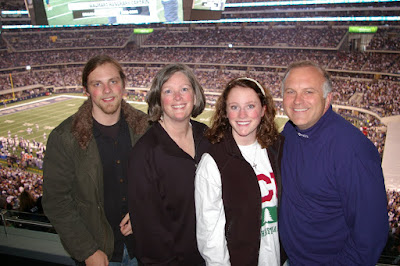 The conversation was spirited, the food and drink were abundant, and the game itself was magnificent.
The Super Bowl Champion New Orleans Saints and the disappointing Dallas Cowboys kept the outcome in doubt until the final seconds. The Saints won by three points when a 59-yard potential game- tying Cowboys field goal attempt sailed just outside the left upright. 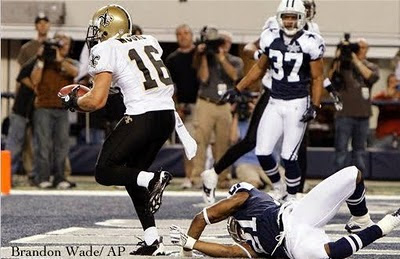 My daughter was fully engaged and seemed to be rooting equally for both teams.. 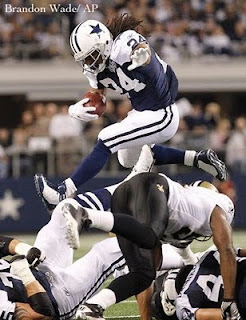 She cheered when something good happened for either side, and I believe she was sincere. It’s nice to think she was happy in part because she knew I was happy.

My son, I think, surprised himself with how much fun he had. He was delighted to discover he had friends who were coincidentally at the game So, he walked around the stadium, took in the sights and talked with his friends.
He also identified his favorite Dallas player, running back Marion Barber. it's not barber's hard-nosed, straight ahead style of play he admires. It's his hair.
Moments after he returned from one of his stadium tours, a couple of noteworthy visitors showed up in the suite. How can a guy pass up that photo op? 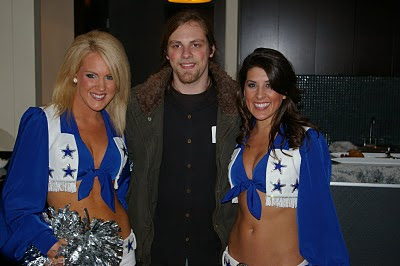 This also presented an opportunity for brother and sister to spend an entire day together. They’re both out of the house now, so I can’t tell you the last time that happened. Just listening to them have adult conversation with one another was a joy in itself. 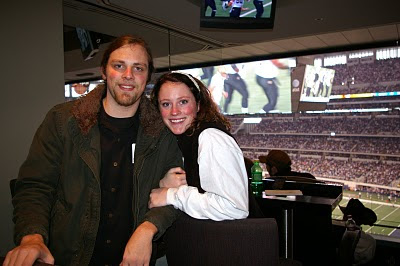 Everyone had a different highlight. My wife, dressed diplomatically in Saints gear, perked up when she realized that Keith Urban would be performing at halftime. We have seen him in concert and were impressed with his performance. So, she wrangled her way into a front row seat for the show. She was not disappointed. 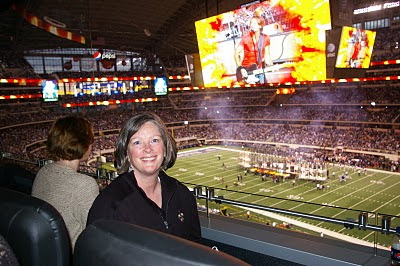 Holiday memories are made, no doubt; but I suspect we’ve forgotten more Thanksgiving details than we can recall. There’s no chance we will forget this one. The drive was pleasant, the company was outstanding and the accommodations were world class. The bonus is that the game itself was great, too. 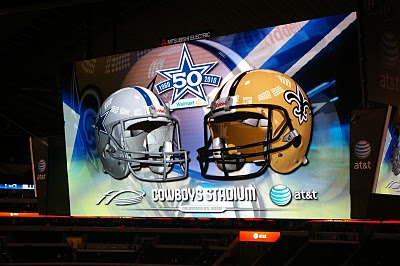 With the Cowboys out of playoff contention, it was relatively easy to see the bright side of a Saints’ victory. I have a warm spot for the saints and always have, but I was raised to be a Cowboys fan. Even though they’re having a terrible season, a real fan has to show support. This may mean surrendering your dignity at times. 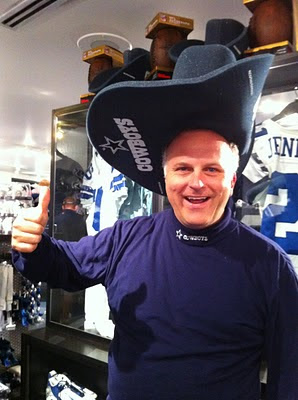 It was so much fun. So, Thanks to everybody who was a part of it.