Eating Our Way To and From the Hill Country

Let me help you understand why I consider myself one of the luckiest married men alive. My wife traveled with me to San Marcos, Texas so I could participate in a live television broadcast of a college football game. 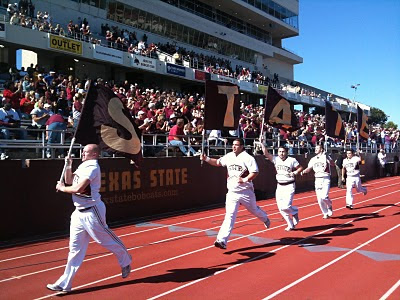 San Marcos, home of Texas State University, boasts two of the most magnificent outlet centers in the south. Shoppers salivate when they think of weekend trips to Prime Outlets and its near neighbor, Tanger Outlets.
Game time came and my wife did the expected: she dropped me off and set out with a goal of getting all of her Christmas shopping done. God bless her, she was back by halftime. She was sick of shopping and was not happy that she had decided to skip the game. 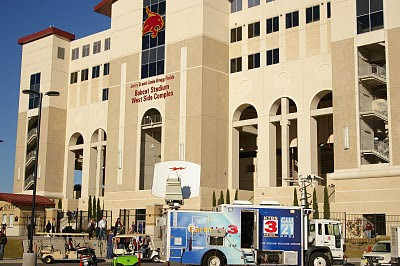 By the time she got to the stadium, the game was out of hand. The home team was losing to Central Arkansas by 39 points. TSU fans were leaving the stadium in giant packs, but she amused herself by taking photos. 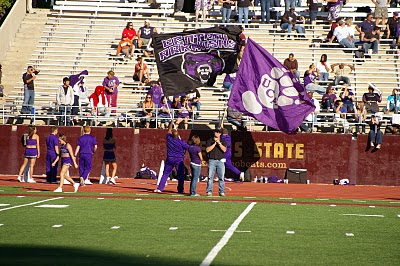 She didn’t walk away from the acres of stores empty handed. From what I can tell, at least two people should be pretty pleased in late December.

The enduring memory from this weekender, though, likely will be the meals. Determined not to settle for roadside fast food, we were looking for local restaurants. First stop: Timpson, Texas. There, situated prominently on the venerable town square, is Frontier Café “Home of Truely Southern Cooking.” 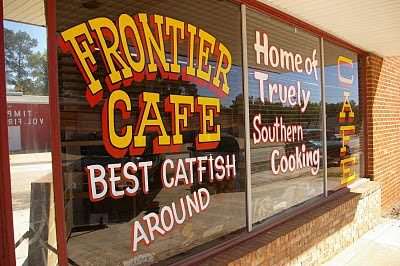 Catfish may be their specialty, but spelling clearly is not. What they lack in attention to detail with respect to sign painting they balance with courtesy and hospitality. The fare was just about what you would expect: fried chicken, pork chops, corn bread (and catfish!), etc. You can enjoy a buffet or order your lunch freshly prepared. In the condiment section was the best pico de gallo we’ve ever tasted. It was so good that my wife layered it onto her cheeseburger. 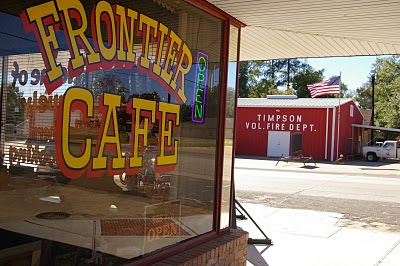 Following the game, we hit the road and around dinner time kept our eyes peeled for someplace appealing. The stars aligned for us when we found ourselves in Brenham, Texas just after dark. We had no idea where we were because we were faithfully following instructions from our navigation system, but we caught a glimpse of a sign: Volare Ristorante. The parking lot was packed, which is always a good sign. 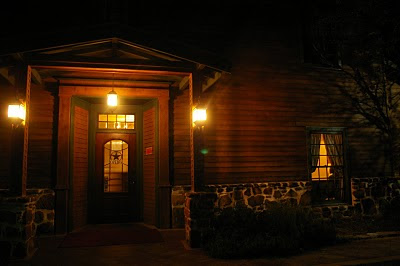 We waltzed in and embarrassingly asked where we were. Duly advised that it was Brenham, we took a seat and fell in love with the place. The aroma of freshly-prepared Italian favorites accompanied by attentive service and a romantic home-like atmosphere created an outstanding dining experience. Everything we had from the bread, salad, iced tea and the pasta entrees was delicious.
We had to order dessert, there was no debating it. Brenham is most famous as the home of Blue Bell ice cream. So, what to do? When in Brenham, you simply must have Blue Bell. (The menu lists dessert options and ends with “Blue Bell, of course!”) There was an easy answer: Blue Bell spumoni! 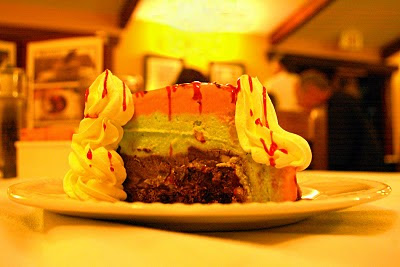 What a great treat this restaurant was. I’m really glad the Garmin led us to Brenham. 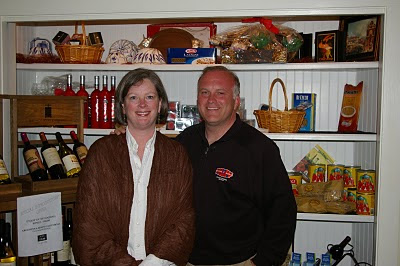 Oh, by the way...this was my first trip to Texas State, which meant a golden opportunity for a photo with a new mascot. How ya doin', Bobcat? 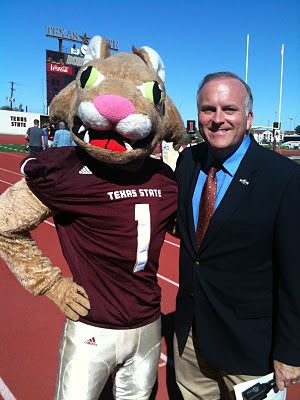