No Time for Candy

Halloween passed our house without incident on the first such occasion we’ve had without any kids around. We didn’t even buy candy. Instead, we hopped in the car, picked up my sweet mother-in-law and went out for dinner. 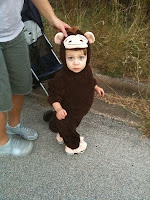 Meanwhile, we observed children from afar in photos. The toddler nephew was as cute as he could be in a monkey suit. I don’t envy my wife’s sister managing a child that young, but she seems thrilled with it.
I’ll wait a few years (hopefully) and start hoping for grandkids.
My own children were too busy with high Halloween hilarity to concern themselves with much beyond the party. My son showed up as a big banana. While that’s goofy enough that you would think nobody else would do it, shockingly another dude showed up at the same party in an identical costume. 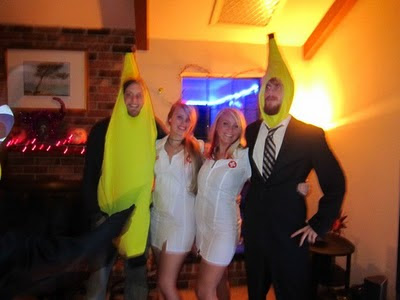 I guess when you're that age, even dressed as a banana, having naughty nurses around has a certain allure.

Quite conversely, our daughter decided to frolic around Ft. Worth dressed as a kangaroo. In another stroke of crazy coincidence, a fellow TCU freshman showed up as a hunter. That’s not so strange until you realize that the hunter lives five doors down from us back here at home. 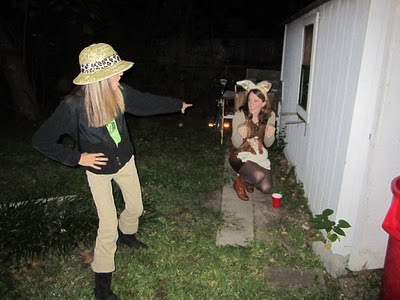 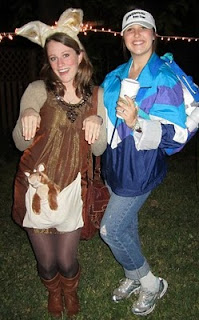 I have to admit, the Hoppy Halloween concept was cute, made even more so by the fact that these photos was taken at an unintentionally ironic Christian Halloween party where no alcohol was served.
Evidently, it was a robust gathering. So much so that it attracted the attention of Ft. Worth’s finest. My daughter and one of her friends had a close encounter with Officer Friendly, who shined his flashlight into their plastic cups. God bless him, he was apparently trying to shut down some underage drinking. I wonder how he felt when he discovered there was nothing stronger there that root beer. (I hear what you’re thinking: “Yeah, right, Dad. Root beer). I can imagine that’s how the officer felt, too. 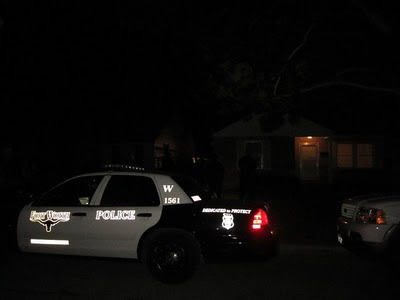 My wife and I had a peaceful evening and turned in early without once opening the door to a ghost or goblin. I’ve done my time. Now, the kangaroo and the banana are on their own. 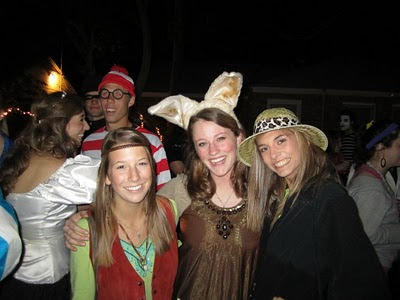