October 30, 1985: I finally managed to go to dinner and a movie with the pretty nurse I had meet a few weeks earlier. Getting the date arranged had its challenges. I was entangled in an old-school juggling act of dating; The newspaper reporter one night, the girl from the ad agency another night, the assistant manager at the apartment complex the next, occasionally going to the movies with the nice girl I’d met in college…Who needed to be tied down?
Plus, she was busy, working crazy hours in the neonatal intensive care unit: two weeks of nights, two weeks of days. 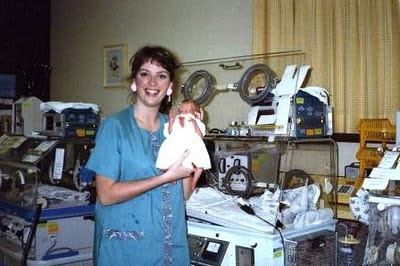 I was a weekend sports anchor. She was seeing a preppy lawyer and that tall guy from the hospital. Everybody was having fun, but we had hit it off the night we met. The follow-up phone calls were increasingly revelatory and romantically encouraging. Finally: common ground. It was a Wednesday and we both had the night off from work.
We got along well, to say the least. By Christmas, everyone else had disappeared into the abyss. I remember she signed her first Christmas card to me “Fondly,” which after 25 years together I still think is funny. It was too early to declare love for one another, so what was she to do? She gave me wine glasses. I think I still have them.

Mid-morning, October 30, 2010, it dawned on us that it was a big day. We were in the car on the way to Conway, Arkansas where I had a TV assignment for a college football game. There was no going back, so we celebrated our milestone at Estes Stadium on the campus of the University of Central Arkansas. 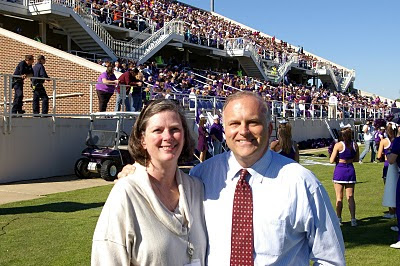 It was a beautiful day and the game was competitive, so we can’t complain. It was fitting, in a way. Over 25 years, the pretty nurse has spent an extraordinary amount of time in football stadiums. Looking back on it, maybe one of the reasons we hit it off so well back in the fall of ’85 is because she was comfortably conversant in football. Pretty, smart, patient, professional, football fan…what more could a guy ask for? Not much, so despite my eccentricities we are still happily together.

We were in a hurry to get home, so we left Conway and headed south. We were hungry, so we stopped at an amusing spot in Benton, Arkansas: Brown’s Country Store & Restaurant, Home of the 100-foot buffet. 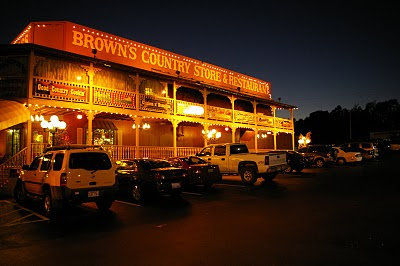 We didn’t take full advantage of the 100 feet of food, but supper was hot and fast. What more could we ask for? Well, on a big anniversary, probably a lot more. But, it’s okay. That sort of thing just comes with the territory. She’s such a good sport. She has been for twenty-five years and I have no reason to think that will change. 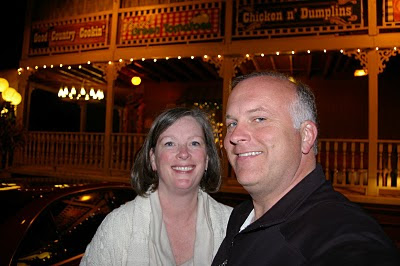 Brown's. You two must go somewhere else to mark this milestone!