Getting Old Is Not For Sissies 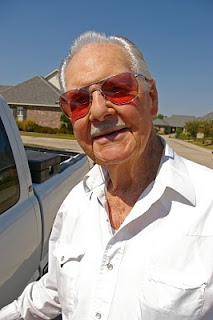 As my father moves spryly into his mid-80’s, he seems to be getting more healthy. Well, emotionally, at least. He’s a little bit sick some of the time, but for a long time he has feared his own ailments. For instance, on a recent check-up his liver enzymes were slightly elevated. This totally freaked him out. He actually said, quite seriously, “Whatever it is, I hope it takes me quick.”
The doctor explained it was probably an effect of his medicines and he should just be careful not to drink too much beer or wine.
This is the kind of thing I have faced with frustrating regularity. Not long ago, I had to take him to the emergency room at 2:00 in the morning. He was convinced he was having a heart attack. He’s never had one. He doesn’t know what it feels like. He has a pacemaker and an internal defibrillator. He’s practically bionic. His symptoms? Vomiting and diarrhea. He could not accept the idea that he just might have stomach bug. Even as we waited in an exam room, having seen the doctor, he still thought he was having The Big One. I said, “If you were having a heart attack, you would be surrounded by doctors, nurses and other emergency workers. The fact that you’re lying here quietly in the dark should tell you everything you need to know.” His response? “I guess so.”

This kind of thing has been going on for more than 25 years. I have often joked that I will make sure his epitaph reads “See? I told you I was sick.” To be fair, he does have real cardiac issues, hence the pacemaker. So, there's a foundation for concern.

I try to be the good son, especially when he has legitimate health issues. For instance, somehow he suffered a detached retina. The surgery to repair it was stressful, and the recovery was arduous. He was an extremely compliant patient, though, and his vision has been completely restored.

He is a frequent flyer to his internal medicine guy. He brings the staff doughnuts and they let him in without an appointment. It’s basically become a social outing for him once a week or so. He worries my cousins with alarming tales of his infirmities, and I am sure they are convinced I’m guilty of elder abuse by neglect. I’ve told them many times, “When there is actually something serious going on, I promise I will alert you.”

So, imagine my reaction when he called last week and asked me to go with him for an appointment with his cardiologist. Oh, there were sure to be EKG’s and exams, protracted conversations about arrhythmia, and painstaking tweaking of multiple medications. At least, this has been the routine on myriad similar visits over many years. 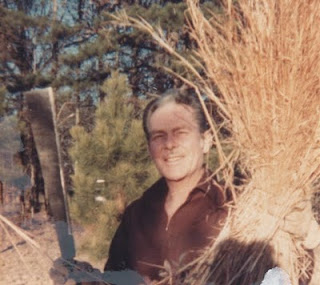 So, imagine my surprise when the doctor walked into the room and said, “How are you doing, Mr. Rebouche?” He answered, “I really can’t complain. I’m feeling pretty good.” The doctor and his Physician’s Assistant just took a beat, made eye contact with one another for a moment, and then turned in unison to me. We stared at one another in disbelief for a second or two, and then someone said, “Well, okay then.”
That’s not all. Before the doctor came in, the old man was slathering a layer of charm like you wouldn’t believe. The office nurse came in to take his vital signs. As she was strapping on the BP cuff, he said, “My blood pressure’s probably going to be a little high. It happens when I get close to a pretty girl. I just can’t help it. It comes natural.” She just laughed.
When the PA (a lovely young woman herself) walked in, he said “Well, look who’s here. It’s like I just saw a rainbow.” She got the compliment about her beauty and giggled demurely.
I suppose with the tone so firmly set, we should have known a positive visit was upon us, but you never know. He could return to “normal” in the blink of an eye. It might just kill me. If it does, I hope it takes me quick.