She Doesn't Breathe Fire, I Promise

I spent my high school years at an all-male Catholic school. When I was a junior, the girl who many years later would become my wife attended the all-girls school. She was there for one year before her family moved to Tennessee. I did a four-year stint. She got out after her freshman year.
Now, the schools are combined, and consequently so are many alumni functions. The homecoming game was played this weekend and I decided to pop into a pre-game alumni gathering in the parking lot. We had a party to attend nearby, so it was convenient. My wife, feeling a little awkward about her cameo appearance at the school thirty-something years ago, reluctantly agreed.
We parked, stepped out of the car and took about four steps before people started screaming her name. Boom! Out of nowhere, two of her classmates were hugging her and they were laughing.
Finally, we moved toward the stadium. When we arrived at the alumni party, I got the occasional, “Oh. Hi, Darrell.” She was surrounded. 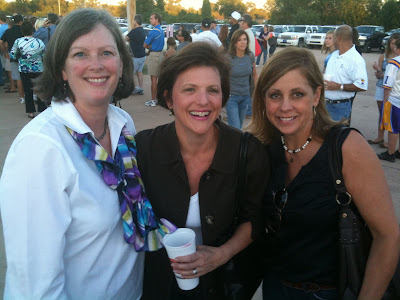 I couldn’t get close to her without fighting through a phalanx of her admirers. I saw exactly one person my age. What do you think she asked me? “Hey, I’ve never met your wife. Will you introduce me?” 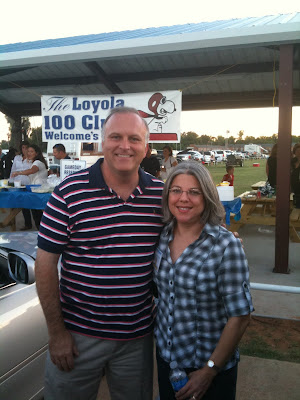 We patiently waited our turn while we waded through what amounted to a receiving line of well-wishers.
The first person she saw, back at the parking space, was also with her at college. She said, “I can’t remember why we called you ‘the dragon.’” The answer was, “because you said I never came out of my cave.” Yes, as sweet and wonderful as my wife is, she has a long history of being (how can I say this?) socially reluctant. To know her is to love her. To see her in that kind of setting is a rare treat. So, it seemed everybody wanted to milk the moment.

Our daughter had a memorable weekend, as well. Not only did she have dinner with her brother, the The Girl Across the Street, a freshman at the University of Oklahoma, came to visit at TCU. She was in Dallas for the Texas-OU football game and spent the night with our daughter. Her parents, across the street from us still, shared our joy at knowing the girls were together again, albeit briefly. 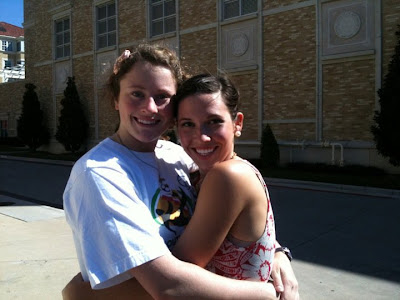 While the ladies were refreshing old friendships, I contentedly kept running into basically the same fine folks I always see. I worked two football games over the weekend. I’m still doing some broadcasting for a local high school, my daughter’s alma mater (If mine called, I’d go!). 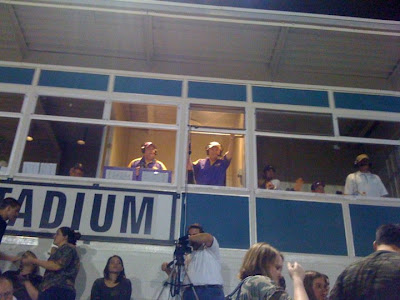 One of the radio guys for the opposing team was my man Tony, who was also working the same college game I was assigned to on Saturday. So, we saw one another in two press boxes in two cities in one weekend. It’s like we’re working a circuit or something. 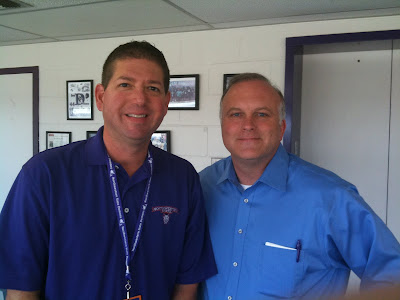 All of the extra work has a purpose, and it’s not the paycheck. I’ve overcommitted myself as a mechanism to prevent us from jumping in the car to drive to Ft. Worth every weekend. My daughter doesn’t need us hovering around. A nice by-product is, rather than stay home alone, my wife is getting out more. It takes an empty cave to compel the dragon to leave.