The Art of the Emergency Sandwich

(Nacogdoches, TX) - We are learning to love the smaller, less-complicated version of college football. There’s something unquestionably thrilling about LSU games and other comparable events. Going to a game where fifteen thousand or so people attend also has its rewards. If you love football, a good FCS (formerly 1-AA) game has its own appeal. 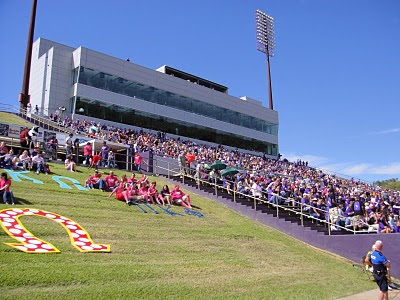 So much of any shared experience is defined by the company you keep and I am fortunate to be often accompanied by an extremely likeable personal assistant. (This is a technique I learned long ago from a veteran sportscaster: bring along the woman you’re currently sleeping with and call her your “personal assistant). Not only is she a good road companion, even keeping a positive attitude when forced into an extended full stop by a wreck up ahead, but she is a hard worker who seems eager to please. 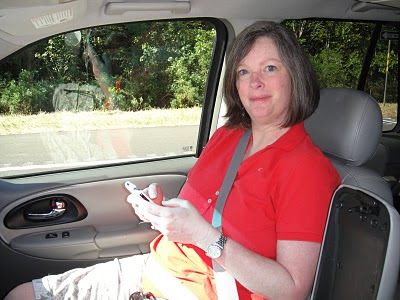 We also have the benefit of longevity. She’s been assisting me personally for twenty-five years, and I’m a better man for it. 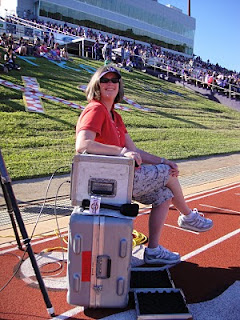 The fact that she actually enjoys coming along on my little broadcasting adventures is not to be underappreciated. It’s good to know she’s looking out for my best interests. Let’s take our most recent daytrip as an example. Having learned long ago that press box food is a hit-and-miss proposition, she packed “emergency sandwiches.” Well, wouldn’t you know it? The aforementioned long delay on the highway created a time crunch by the time we finally arrived at the stadium for the broadcast. So, the sandwiches came in handy.
The day was unseasonably warm. Your sideline reporter, swathed in a blazer and tie, started sweating. The trusty personal assistant was nearby, dutifully wiping a wet forehead. 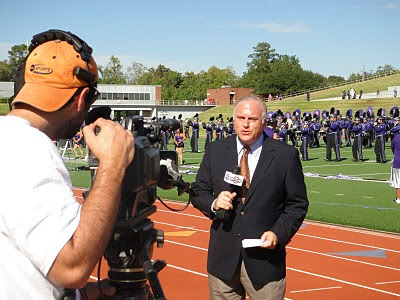 She was also a vigilant guardian of the blazer. I only really needed it when I was appearing on-camera, and you don’t want those crazy college kids to vandalize TV man’s outerwear. Thanks to the watchful eye of the PA, Ol’ Blue was safe. 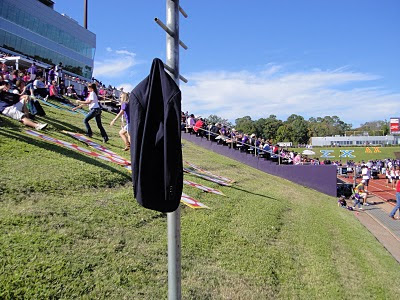 We wondered aloud how many blazers I have abused over the years in the name of broadcasting. There’s always a blazer hanging in the back of my car, usually with a necktie or two (or three, or more) draped over the lapels. 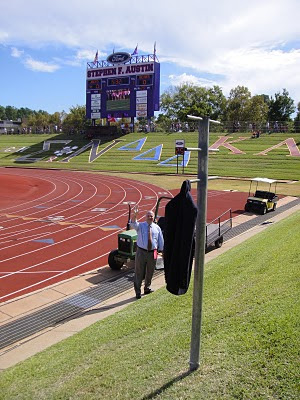 You never know when you’ll need one. You might spill nacho cheese on your coat or tie, and a blue blazer goes with almost anything in a pinch. I’ve kept some so long that the liners have ripped or the elbows have become threadbare. I’ve also “outgrown” one or two over the last quarter-century.
The blazers and the ball games have come and gone. Many have been retired; many more have probably been forgotten. The Personal Assistant has been there through them all, and I’m happy about that. It’s good to know you have someone you can count on to take care of your garments.