She Made Her Mama (And Everybody Else) Proud

(Austin, TX) - Think of the things that might lure you to Texas: barbecue, football, dude ranches, more football, oil drilling. How about opera? Opera? That's what I'm saying. It turns out our niece has quite a big voice to go with her lovely face. She has been participating in a workshop at Austin Lyric Opera and she showed off in front of a friendly and enthusiastic crowd. (Click here for the video) You know she was nervous, but she had no reason to be. 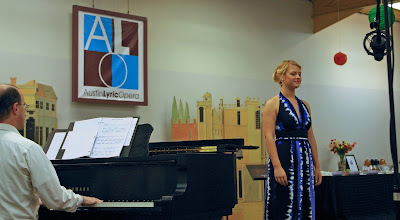 My untrained ear tells me she was spectacular to the point of bringing an old uncle to tears. I told her after the recital that she was among the top three vocalists featured on the evening and she was definitely the prettiest. My eyes are well trained and I know a pretty girl when I see one. I'm also adept at ranking them, so I am confident in my assessment. 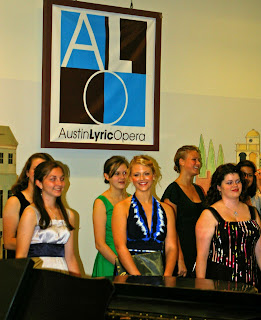 She had one solo and was front and center for an encore performed by all the students. She's 17 and many of the performers were a little older. You could discern the experience in a couple of the college students, but take my word for it, our niece hung in there with the best of them. There were parents, grandparents, aunts, uncles and friends there to cheer her on. 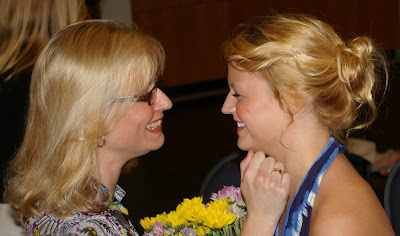 Around the adults, she maintains a quiet profile. I keep telling her someday I will get to know the real person behind that well-mannered mask she wears. Who knows when that will be? If she lets her artistry speak for her, then consider me well impressed. 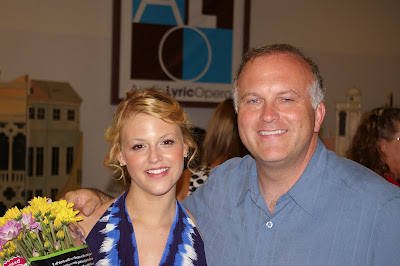 After the recital, my wife and I went our own way in a continuing quest to hit Austin landmark restaurants. This led us to Threadgill's, which has a reputation as a live music hotspot. Sadly, it was quiet during our visit. While the atmosphere is worth experiencing, even without a band, I thought the food itself was rather ordinary. 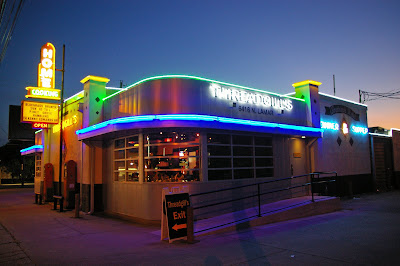 Just when I thought Threadgill's had done nothing to distinguish itself for me, the server stopped by the table to ask if we wanted seconds on anything.
Seconds? I asked, "You mean at no extra charge?" She said, "At no extra charge." Seconds? Now, that's what I'm talking about. I think I would like to shake Mr. Threadgill's hand. 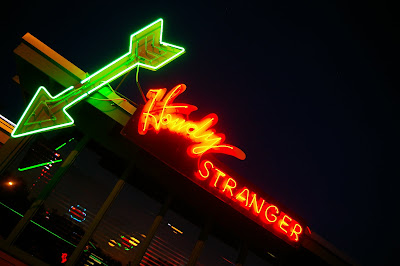