(Barrington, IL)-Our traveling party to Chicago is a gang of four: a Homeland Security guy, an accountant, a lawyer and me. We have learned never to be shocked to run into someone from home no matter where you go, so it came as no surprise whatsoever to learn that a prominent local minister was making the trip concurrently. So, here we are, the Shreveport Five, energized by inspiring leaders from across the globe. 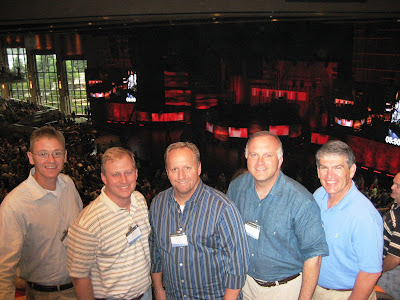 There actually were people from all over the world assembled here, and thousands more were in venues across the country, participating in the proceedings in real time by satellite (in High Definition, no less!) During breaks, I would wander around the vast Willow Creek facility and (okay, I'll confess) eavesdrop on random conversations. A surprsing number of people seemed to feel the event organizers were too heavy-handed with the spirituality at the expense of practicality. I'm not sure what they expected, considering they signed up to come to one of the largest and most dynamic community churches in the country. 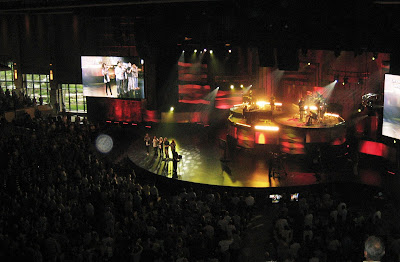 I'm taking away plenty of inspiration to apply in a professional setting, so I say there's nothing to complain about.
There was only one moment that was over the top for my individual sensibilities. The evangelicals among us were moved by a song to the point of hand-raising. If it fed them, then God bless 'em, you know?
David Gergen, an advisor to four U.S. presidents, appeared in person. Former British Prime Minister Tony Blair contributed on video, as did legendary humanitarian and rock star Bono. 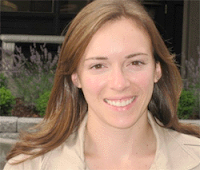 The presenter who blew me away, though, was Jessica Jackley Flannery, founder of Kiva, an inspiring microlending company which allows enterpeneurs in underdeveloped areas to start or expand businesses.
There were many other whip-smart, highly successful people over a full two days of summit activity.
This trip was an opportunity for growth in more ways than one. 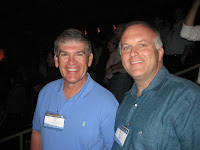 I was definitely out of my comfort zone. Clearly, I've gotten to know my four companions much better over the last three days. I particularly enjoyed the company of Prominent Local Minister, who was closer to my age than the others. We took him out to dinner in Chicago and tried, thankfully without success, to corrupt him just a little. I think he enjoyed watching us mildly misbehave.
Now, the rubber meets the road. Can we apply what we've learned in real life? The one thing I can pledge to actually do is participate in Jessica Jackley's enterprise. I'm going to get started on that right away.