(Chicago)- Off to Illinois for a conference, I was sternly instructed by a friend who lived here for a time that I must prioritize the consumption of pizza, Chicago style. Where better to do that? It's true, some things just speak for themselves. So, a couple of hours after landing at O'Hare, I put my priorities in the proper order and got it done. 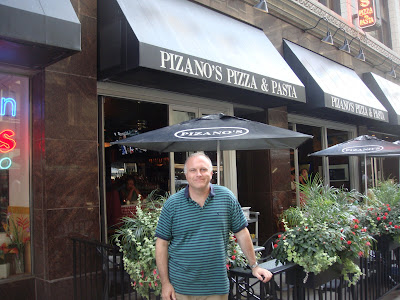 Having only the big chains and one Louisiana-based pizzaria to compare it to, I'm no expert of the quality of this particular kind of pie, but it was good. I hope I chose wisely. I wouldn't want to face harsh criticism for not sampling something truly representative.
Several hours were spent walking around downtown, including Michigan Avenue and the lakefront. Hoping not to look like some kind of bumpkin, I kept telling myself not to look up at the tall buildings, but I couldn't help myself. You have to take in the sights. 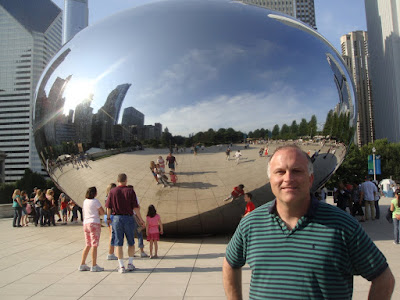 There's no avoiding the white-hot spotlight that brands the traveling companions and me as visitors. Wandering around aimlessly with maps and train schedules, we call attention to ourselves anytime we speak in our Louisiana accents. So, I've tried to use this to our advantage. On several occasions, I have successfully disarmed locals by ratcheting up the drawl just a little and saying "We're from the country. We don't get out much." After hearing that, people typically are very helpful.
---------
What would a trip to the big city be without baseball? 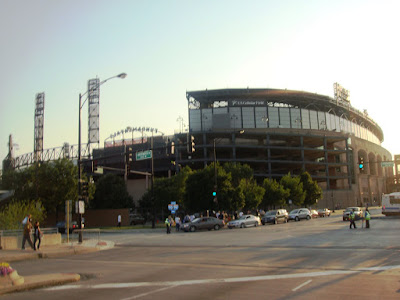 As luck would have it, the Cubs are on the road, so we were off to the other part of town and the much-maligned U.S. Celluar Field. The Angels are in town to play the White Sox. The weather was spectacular and the game was exciting. Jim Thome hit two home runs to thrill the Southside crowd. The ballpark seemed nice to me. The evening offered everything you would expect, including hot dogs and beer, so I left happy. 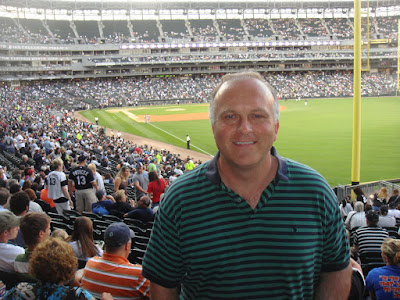 Back to those accents: It seems like I fell asleep and woke up in a Saturday Night Live skit or something. You think we talk funny, you ought to hear these people! At the game, the easily distinguishable Chicago brand of American English was on abundant display around us. To my southern ear, it was funny to hear. I wonder how long, if I lived here, it would take for me to talk funny too?
So far, the experience has been positive. The people are pleasant in a subtle, passive sort of way. The big news, though, is that in my quest to visit as many big league ballparks as possible before I die, I added another one to my list, even if it is the "other" stadium in town. 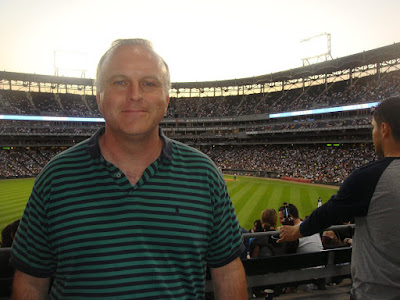